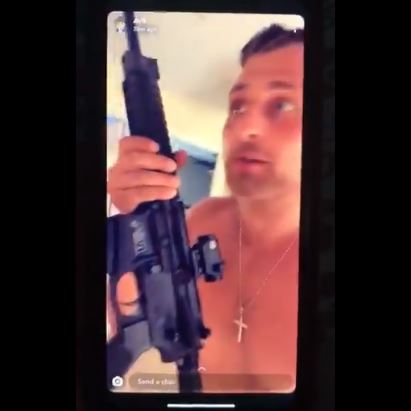 UPDATE: REMAX has terminated Jared Aversano as of today.

In yet another self-made racist video, a Suffolk small businessman appears to threaten to kill a “Ni@@@@” supporter of Black Lives Matter. The man, identified by online accusers as Jared Aversano, wields a military-style assault rifle while using the racial hate word. A “Jared Aversano” whose photo strongly resembles the man in the video is a REMAX agent in Ronkonkoma. Recent Newsday reporting exposed widespread racial discrimination by realtors.

The violent bigotry of the man in the video led to widespread condemnation and the reported removal of the original video.