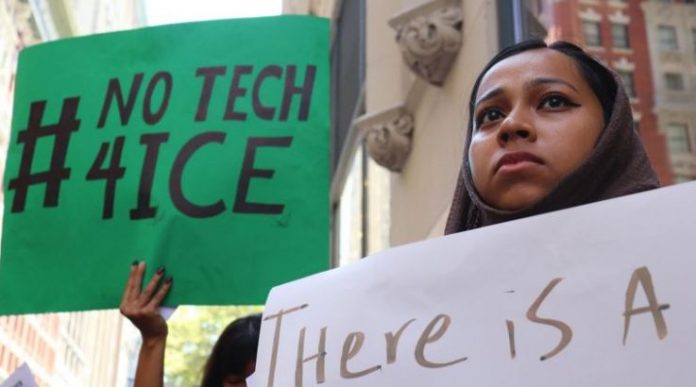 Protesters massed outside of Jeff Bezos’s home on Fifth Avenue in Manhattan to denounce a secret deal between Amazon and ICE for facial recognition software. The protesters delivered petitions signed by over a quarter of a million people calling for Amazon to end its work with ICE allowing for the surveillance of immigrant communities.

The protest was set to coincide with Amazon’s annual Prime Days promotion. Many Amazon workers were among the protesters.