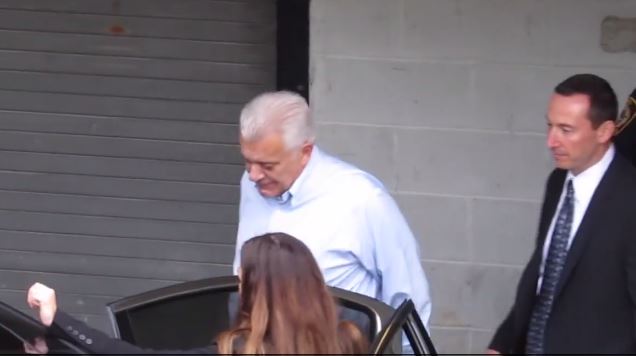 Today’s arrest of Nassau County Executive Edward Mangano, his wife, and Oyster Bay Town Supervisor John Venditto was both long-anticipated and shocking. Anyone who listened to the wiretap recordings that led to the jailing of State Senate leader Dean Skelos knows that Ed Mangano was deeply involved in Skelos’s schemes. Venditto has been a recurring figure in the legal drama surrounding restaurateur Harendra Singh. I don’t want to go into the particulars of this corruption case, but hearing the news of this arrest brought back memories of own encounter with Venditto.

A decade and a half ago we got a call from some immigrants in apartments in Hicksville. It was right before Thanksgiving and the Town of Oyster Bay was trying to throw them out. The man who had made it his mission to expel them was John Venditto.

At the time, there was a big upsurge in anti-immigrant sentiment nationally, and Venditto was trying to exploit it locally. The immigrant families had paid for nice-sized apartments in a multi-story building in Hicksville, but it turned out that the landlord did not have the proper permits to rent. The families agreed to leave, but they needed time to find new places to live. In the meantime, an engineer’s report was done indicating that apartments were safe and that there was no danger to the tenants.

Rather than accept that the place would be vacated soon, Venditto made a media circus out of his tough-guy attempt to throw out the immigrants. He conducted illegal entries into the building where the immigrants were living and he positioned himself outside the apartments with TV camera crews. He told reporters that the immigrants were suspected criminals and that the women were prostitutes. I confronted him on this and he had absolutely no evidence that what he was saying was true. But he knew how to get the attention of racially biased voters. The fact that he so frightened one family that they moved out of the building and went to live in a car with their child in December must have gladdened Venditto’s heart.

Angela Divaris, an attorney working with me at CARECEN, and a volunteer named Al Dorfman were able to get a court order blocking the expulsion of the immigrants until they had a chance to find new homes. The judge ordered that the tenants be allowed to live in the building rent-free while they were looking for new places to live. My ten year old son Brian and I brought over pumpkin pie to the tenants to celebrate that Thanksgiving and toys for the little kids living there for Christmas.

Gradually, the families in the building found new apartments. As they each left, they got back two months of rent from the landlord, as per the court’s order, to help start their new lives. By Easter, all of the tenants had relocated. As they began to scatter, Angela and I reflected on a very positive outcome to a terrible situation created by a scheming politician who placed bigotry above the most common calls of humanity.

All those years ago, Venditto said he was acting as the merciless defender of the laws; the zoning law and the immigration law. But he was really just a self-aggrandizing politician on the make coining votes from bigotry. The mothers and fathers and children he terrorized from Thanksgiving to Christmas saw him as a Dickensian villain, and now we know that he was never a respecter of the laws. He used the mantle of the law to carry out his racial cleansing operation, but he apparently ignored the laws about becoming rich through the selling of his office.