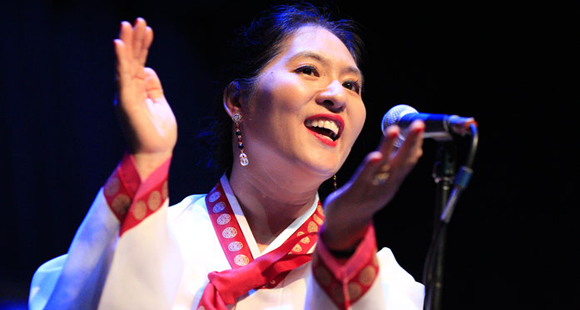 This is our Executive Director, Maryann Sinclair Slutsky’s latest monthly column in the Anton newspapers. You can see the original story HERE.

As an immigrant, and having lived in several countries, Soh Young Lee-Segredo believes that learning about other cultures helps us appreciate and respect all communities around us. Her mission in life is to share this with people, especially youth, through education and art.

Soh Young is a singer, choir director, storyteller and educator. She says she has been performing all her life. As a very young child in Korea, as a teenager living in South America, and as an adult living in Spain, she learned the value of art as a way to build community and to understand the diversity of gender, race and language.

Young was born in Seoul, Korea, first-born child and a girl. Young’s family expected a son. Her grandfather was so sure of it that he ordered a limousine to meet his first grandchild, but upon learning the baby was a girl he cancelled the limo and returned home. The disappointment was great. Only a boy’s name had been chosen so Young remained nameless for months.

Music was always in Soh Young’s heart. At age five, she would sing at family birthday parties and in church choirs. She entertained several hundred people at her grandfather’s milestone 60th birthday party which is when she won his heart back. 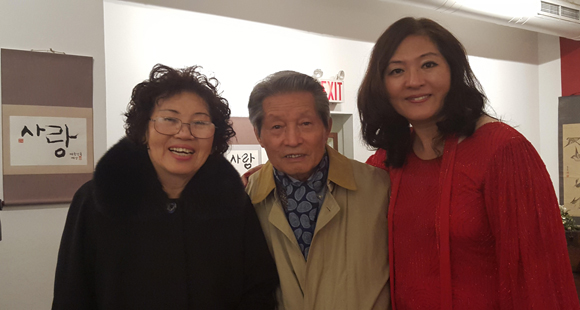 SOH YOUNG WITH HER MOM AND DAD AT THE KOREAN EXHIBITION AT FLUSHING TOWN HALL.

Young and her family left South Korea to seek out better opportunities and start a new life in South America, a dream her father held dear. After spending several years in Brazil and Paraguay, Young’s father emigrated to the U.S. alone where he settled in Koreatown near 34th Street in Manhattan. He worked as a tailor and in 1978, when Young was 18, her father sent for her.

“I came to Untied States alone, on a plane, summer dress, no sleeves, arrived in Kennedy Airport in February, that winter was very bitter cold,” Young remembers. She and her father worked for three months to make enough money to finally bring her mother and two younger brothers to the U.S.

Working in a factory and at a vegetable stand as a cashier in Koreatown weekdays and Saturdays, for eight hours a day, allowed Soh Young to save enough money to go to college. “I was hungry to learn and I was eager to attend,” she said. Not knowing the language was frustrating, but she said she overcame that with one of her biggest passions: music. 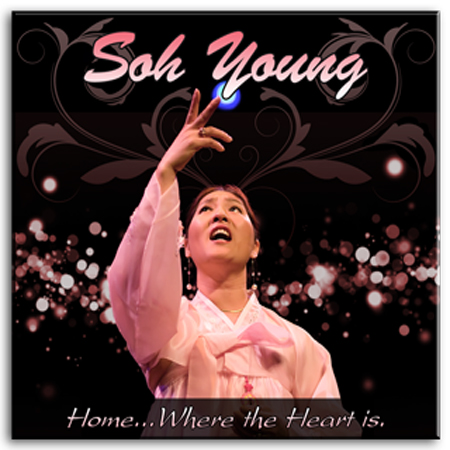 COVER OF HER FIRST CD.

“With songs I reach communities because a song is a short book written in one or two pages,” she said.

In 2007, the Soh Young Ensemble debuted at Carnegie Hall as the winner of the 25th Anniversary of the Artist International Competition. She also won Korean Idol NY, and the National Korean Folk Art Competition. Soh Young recently recorded her first CD, Home…Where the Heart Is.

Soh Young attended Queens College where she met her husband Gustavo Seguero, a Cuban refugee, who arrived here in 1971 at the age of eight. Seguero is currently visiting Cuba for the first time in 55 years.

It was Young’s parents dream that she marry a Korean man but that was not to be. On her wedding day only her father attended the wedding. Her mother and brothers did not. It wasn’t until their first child, a son, Ujin, was born did Soh Young reconcile with her mother.

Young has been living in Freeport, a community she loves and respects for its diversity, for the past 23 years with her husband and two sons.

She is a bilingual middle school teacher in the Hempstead School District. Most of her students speak Spanish and come from Central America. She says she emphasizes to her students how a good education helped her to become the person she wanted to be, and how important it is to learn from other cultures.

“Without education I would not be where I am; through learning we can uncover stereotypes, discrimination and racism,” she said. “It’s so hard to overcome stereotypes but only through education we can overcome that. That’s another reason I chose to live in Freeport. Freeport was one of the first magnet schools receiving federal funding. To qualify to receive magnet school funding you had to be racially diverse.”

According to Young, the more she learns about other cultures, their languages, their music, their people, the deeper her understanding of others becomes. “I am uncovering my prejudices, stereotypes, judgments against others. With that power I can go and say, you know this is not true!”

Soh Young brings this philosophy into her classroom. “On Long Island we are so segregated. Although we are diverse, it is my hope we have more programs and events that will unite us as one,” she said. “Sounds easy, it is not. But I am doing that in my own way in my classroom. These children don’t always have all the food they can eat in the home, so I serve them snacks from around the world. Turkey, Spain, Korea, China, this is another teachable moment and learning moment through food. When we break the bread together we can become one.” 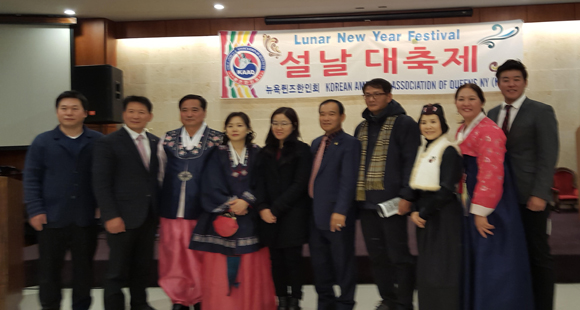 SOH YOUNG IS AN ACTIVE MEMBER OF MANY ORGANIZATIONS INCLUDING THE KOREAN AMERICAN ASSOCIATION OF QUEENS.

Young is very involved in community organizations. She is a lifetime member of the NAACP, part of the Hofstra Celebration of Suburban Diversity banquet and member of the advisory committee of the Korean American Association of Queens, among others.

Through her involvement in the community she likes to mentor students, as well as businessmen and women, as a way to give back to her community, a role that she considers every teacher should do. Soh Young believes that knowing many people who are different and learning from them is the best the way to unite communities.

Soh Young wants to continue learning, teaching, performing and giving back to her community. For her, that is the only way to promote inclusion and a deeper understanding of our new neighbors.
* This story was originally published in the Long Island Weekly. You can see it HERE.