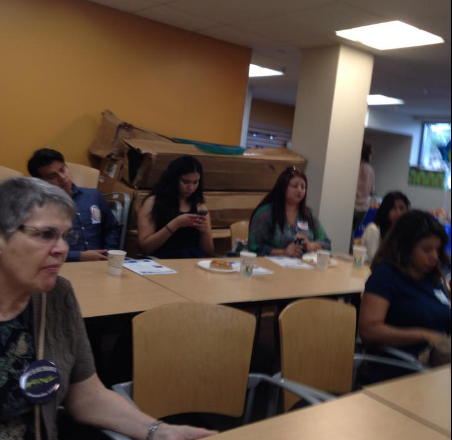 Members of the Long Island Immigrant Student Advocates (LIISA) met today in Hempstead to discuss the future for young immigrants on Long Island. The keynote speaker was Dr. Harold Fernandez, a nationally-known heart surgeon who was once an undocumented immigrant and a young DREAMer.

Dr. Fernandez told the young audience that his father “didn’t come to the United States to hurt anyone, he came to work and live in dignity.” The cardiac surgeon said that his parents insisted that their children “study, study, study.” In spite of their undocumented status and difficult economic circumstances, they made sure that the future doctor eschewed the temptations to abandon his studies.

When Fernandez was admitted to Princeton as an undergraduate, he found help from unexpected sources, including the president of the university. “America is great,” Dr. Fernandez said, “there are so many people working to make young people’s dreams come true.” He said he owed his own academic success to the caring and compassion of professors and administrators at Princeton. They not only helped him stay in school, they also put him on the path to Lawful Permanent Residence.

Dr. Fernandez said he was concerned that undocumented immigrants today do not have the same opportunity to gain legal status that he had. Changes in the immigration laws in 1996 make success stories like his less likely.

LIISA members discussed the future of legalization programs following the Supreme Court’s non-decision in the case challenging President Obama’s executive action for immigration reform. I was fortunate to be invited to speak about the next steps in the case of United States v. Texas which may determine the future of the DAPA and DACA+ programs. When the next president is sworn in this January a new Supreme Court Justice will hold the tie-breaking vote when the case comes before the Court again. Board member George Siberon said that changes in the New York State Senate might also allow for passage of the New York State DREAM Act. The participants all agreed that the November elections will be crucial in determining the chances of success for immigration reform.