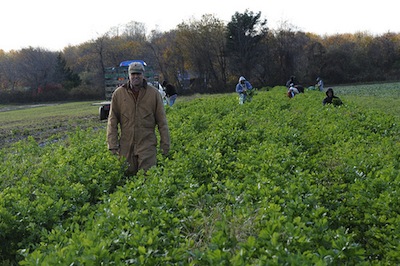 The Farmworkers Fair Labor Practices Act is scheduled to be voted on today in the New York State Senate, according to Angel Reyes Rivas of Rural Migrant Ministries. The bill has support across the state and will likely pass.

The New York Immigration Coalition is asking that you call the Long Island Six senators and ask them to vote for the bill. Right now, Senators Kaminski, Kaplan, Thomas, and Brooks have announced their support, but please call all of them as well as Senators Martinez and Gaughran (who have not yet committed). We expect the vote will take place this afternoon, so please call as soon as possible.

The message is simple: Farmworkers deserve the labor protections that other workers already have.