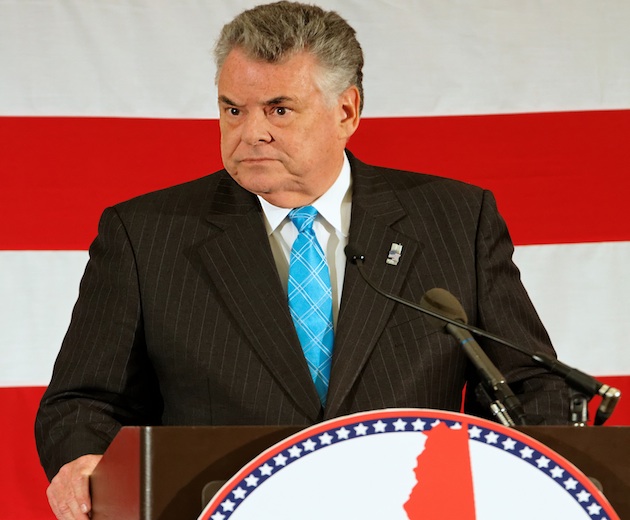 Today’s hearing of the Counterterrorism Subcommittee of the House Committee on Homeland Security was held at the Federal Courthouse in Central Islip. Chaired by Rep. Peter King, the hearing had only one other committee member participate, Kathleen Rice of Nassau County. Two panels of witnesses presented evidence and opinion on the subject of Mara Salvatrucha (MS-13). The first panel consisted of law enforcement officials and the second panel was made up of community members, including myself.

No one on either panel denied that Mara Salvatrucha is a deadly challenge to safety in the Long Island villages where it operates. However, Congressman King’s remark that Suffolk was now one of the most dangerous places in the world vastly overstated the menace. As I pointed out to the Congressman, Long Island has one of the lowest homicide rates among all metropolitan areas in the United States. Long Island has an MS-13 problem, but hyperbole will not lead to constructive solutions.

Long Island has not become another San Salvador, as some have claimed. As Detective Sergeant Michael Marino, the Commanding Officer of the Gang Investigations Squad of the  Nassau County Police Department, said during his testimony “Nassau County is one of the safest places in the country and we are experiencing record low crime rates.” I reported that as the immigrant portion of Long Island opulation has increased over the last forty years, the homicide rate has gone down, not up.

Congressman King has recently propounded the theory that MS-13 violence has increased because the gang has infiltrated members into the United States through the so-called Unaccompanied Minor program. While Suffolk Sheriff Vincetn DeMarco offered an anecdote in support of this theory, the other witnesses said that most new members of MS-13 had been recruited in Long Island’s schools and were not foreign plants. As Commissioner Sini said:

“MS-13 gang members recruit in our schools and communities. They prey on the vulnerable, frequently targeting young people who recently immigrated to this country. They often target individuals who lack the support of close relatives and healthy social networks, using threats and acts of violence to coerce those reluctant to join. Several factors lead individuals to become members of MS-13, including, but not limited to, social alienation, the need to be part of a group, a sense of cultural unity, the promise of protection, and economic gain.”

Local law enforcement witnesses stressed that while Unaccompanied Children were a particular target of MS-13, very few of them ever joined the gang. They emphasized that a law enforcement-only approach to the gang was counterproductive. As Sini pointed out, as one gang member is arrested another will rise to take his place if programs that reduce social isolation are not put in place.

Both Representatives King and Rice said that they did not want to paint the recently arrived children as gang members and said that they realized that very few were involved in MS-13.

Evelyn Rodriquez, the mother of one of the teenaged girls murdered by MS-13 in September, said that she was particularly frustrated that when threats were first made against her daughter and she went to the police the officer she spoke to just laughed at her. I pointed out that a 2009 study by the Southern Poverty Law Center found that the Suffolk Police routinely ignored reports of criminality originating from communities of color.

That pattern has been changing over the last year due to new initiatives from Commissioner Sini. When Congressman King asked the commissioner if he was getting help from the community, Sini said that the immigrant community response was terrific and that its cooperation was a major factor in the arrests the police have made since September.