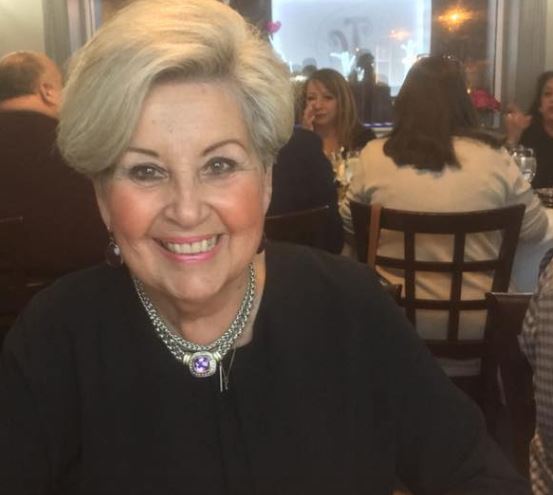 At 18 years old, Margarita Grassing left Cuba to make the journey toward the United States.

“My mother and father were not allowed to leave Cuba, so I came with just my brother,” she recalled, more than 50 years after she arrived here.

“My first impression of New York was that it was big and beautiful, but my happiness was tinged with the sadness of not being with my parents. At first, I had no one here except my brother,” she said.

Gradually she reconnected with other friends from Cuba who had also come to the Tri-State Area.

Margarita found a job at a bank and married her co-worker, Bob. They later moved to Baldwin and still live in the home they bought back in 1967. She became involved in helping immigrants at her local Catholic church, but she worried that the charity that the church provided did not challenge the sources of many of the problems that Latinx people faced.

“Immigrants were losing their dignity when they came to Long Island. In many villages, they were mistreated by the schools and local governments,” she remembered sadly.

In the 1970s, Latinx elders who went to local senior centers were told rudely to “speak English” in their conversations with one another. One senior center even went so far as to ban the playing of the game of dominoes!

Margarita started organizing a place for the Latinx community in Rockville Centre to gather called the Hispanic Brotherhood.

Margarita said that immigrants need a place where they can be themselves and gain strength from the cultures that they bring with them to the United States.

Over the years, the Hispanic Brotherhood has developed many services for the Spanish-speaking community in the Rockville Centre area. For example, every year they serve more than 4,000 meals. But, most of all, it has provided friendship in good times and bad, as well as accompaniment to immigrants through life’s trials.

Margarita is also an important advocate for affordable housing that enables many working-class immigrants to continue to live in Rockville Centre. This is helping to maintain the diverse community that it has become. She said that heterogenous Baldwin and Rockville Centre is like her marriage: “My husband likes his corned beef and cabbage, and I like my beans and rice, but we get along.”

While there is a rising tide of violence against immigrants nationally, she said “I have not felt hate against my agency in this community.” She is grateful that in such difficult times, so many people have shown support. She is one of the leading reasons that her community stands united against hate.

Ms. Grassing will be honored on November 29 by CARECEN.