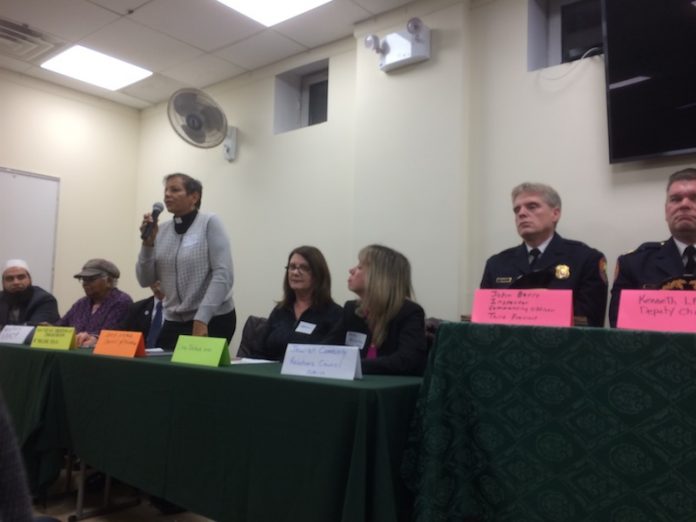 The forum at Islamic Center of Long Island proved that the community is ready and willing to stand up and make their voices heard. The public forum was held on December 1, and brought together various ethnic and religious groups across Long Island, as well as concerned citizens of every age, status, and sexual orientation, to voice their concerns and offer support.

Dr. Isma Chaudhry, president of the Islamic Center of Long Island, and Rabbi Michael White of Temple Sinai in Roslyn, organized the meeting in late November and reached out to their colleagues. The purpose of the forum was to discuss ethnic targeting and to deal with the concerns many have after the election of Donald Trump as president. Hofstra University professor Arthur Dobrin moderated the forum. 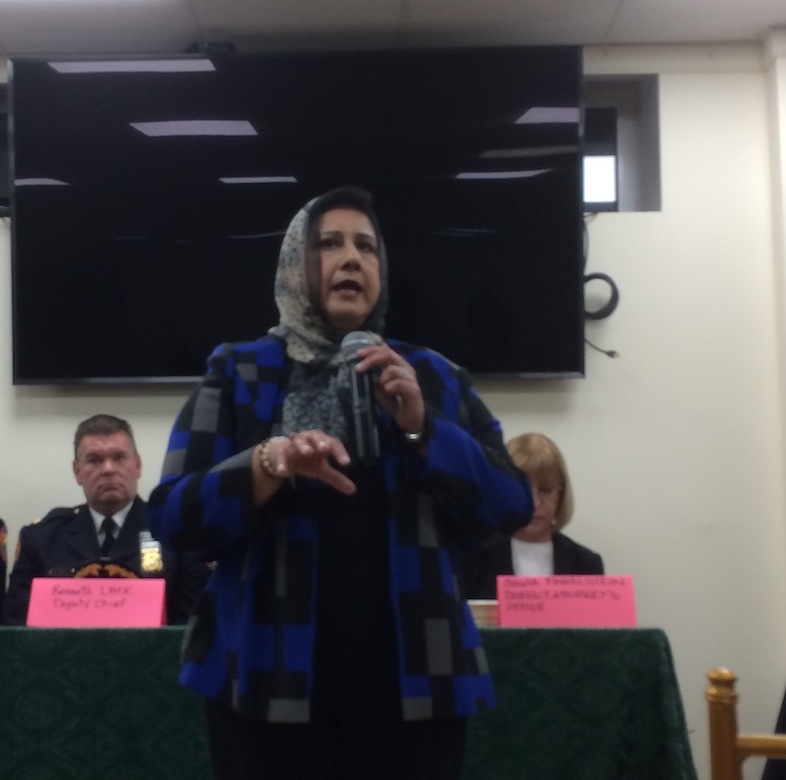 Listen to Dr. Chaudry’s introduction to this important community gathering:

Hofstra sophomore Vanessa Paliy heard about the meeting earlier that day in Arthur Dobrin’s Media Ethics class. “We discuss ethical problems, dilemmas, and we try and figure out what we can do as a virtuous person. I thought that this meeting really channeled that idea,” said Paliy when asked what motivated her to attend, “What I learned the most is that it’s really understanding the other side, in general, and listening, and being willing to educate yourself about differences.”

Special guests included Silvia Finkelstein of the Nassau County District Attorney’s Office, North Hempstead Town Supervisor Judi Bosworth, Nassau County Deputy Chief of Police Kenneth Lack and Commanding Officer Inspector of the Third Precinct John Berry. Finkelstein and Bosworth made multiple statements on how their offices, and other state officials, would be doing everything in their legal power to protect the various vulnerable populations of New York from any potential crackdowns. The representatives from Nassau County law enforcements mainly answered questions about safety, intervening in school matters, and encouraged all who were there to report hate crimes. 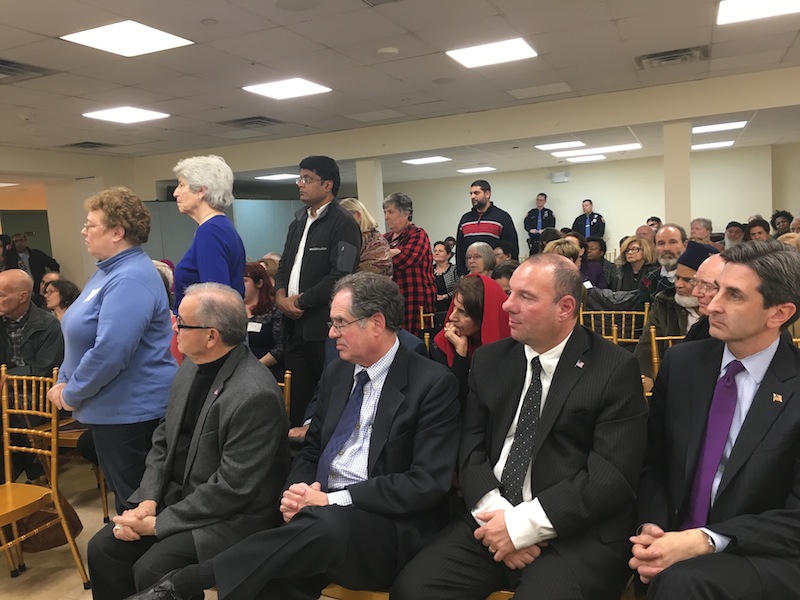 The meeting served to not only provide people with a safe space to ask the tough questions and discuss their fears of the future of America, but also to provide support and strength. Various people asked for a list to be made of all the forum’s participants so that in times of protest of support, all these organizations and their members could be mobilized faster through a rapid response system. Others encouraged conversations with educators, members of their religious groups, and neighbors to help open up communication and understanding.

Judy Epstein, a member of the Port Jewish Center congregation, echoed this sentiment. “I thought it was important to come tonight, and I was right, because the only antidote to the misery and fear that we all feel alone, at night, in our homes is to get together and realize we are stronger together,” she told Long Island Wins.