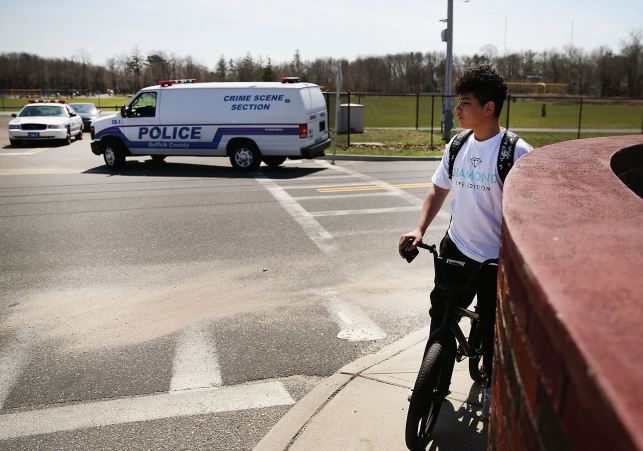 A new report from the New York Immigration Coalition and the New York Civil Liberties Union documents the involvement of local police on Long Island and elsewhere in the state in jeopardizing the lives and freedom of young immigrants through unsupported allegations of gang membership. Children are being taken into custody by ICE and detained for long periods of time based on information from police and school resource officers with little or no evidence. The children then often suffer severe immigration penalties without ordinary due process and they are sometimes returned to countries where their lives are in danger.

Some Central American children fleeing from the violence in their home countries have received protection under the Special Immigrant Juvenile Status (SIJS) provision of the immigration law. Hundreds of Long Island children have been granted this protection allowing them to become permanent residents. According to the report,  since 2017 Homeland Security “has used children’s alleged gang involvement as grounds to deny or revoke SIJS in numerous cases in the New York area. In some cases, USCIS [of Homeland Security] does not even disclose that alleged gang involvement is a reason for its denial or revocation.” This article looks at the impact on those children seeking the protection of Special Immigrant Juvenile Status (SIJS). Future posts will address other damage done by these practices.

In cases where USCIS asserted that a SIJS applicant is a gang member or affiliate, the agency provided very little information about the factual basis for the assertion. It was then difficult for attorneys and applicants to respond or contest the accusations, or even to know what incidents or individuals USCIS discussed. Below are examples.

“Petitioner had also been encountered by law enforcement in the presence of known gang
members on multiple occasions with [sic] and encountered with known MS-13 writings in
his possession.”

“Security system checks revealed that you have been identified by law enforcement
as a known member of the violent street gang, MS-13 per self-admission.” But the
applicant denied ever having made such an admission—and his criminal attorney found
no evidence of an admission in any of the applicant’s criminal history records.

Practically, the lack of detail can make these assertions impossible to rebut.

Although the information leading to the revocation of legal status is clearly coming from the Suffolk County Police Department and other law enforcement agencies, there is no way for the immigrant child to confront the accuser, or even know the basis of the allegation.