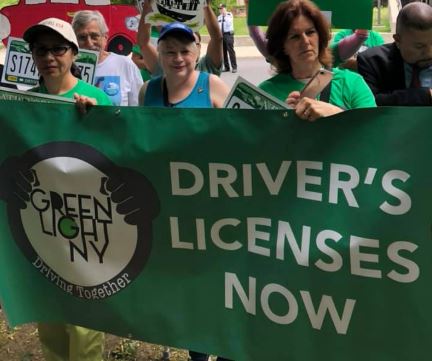 With the passage of the Green Light legislation in the New York State Assembly yesterday we took a big step towards passing a law allowing immigrants to apply for driver’s licenses. We understand that your efforts have begun to move the dial with the “Long Island Six” State Senators!

We need you to call Senator Kevin Thomas  at  (516) 739-1700 and ask him to please agree to support and vote for the bill and to ask for it to come to a vote. He told Newsday that he worried that the bill might open undocumented immigrants up to arrest by ICE but according to the National Immigration Law Center his fears are baseless. Call today or tomorrow.