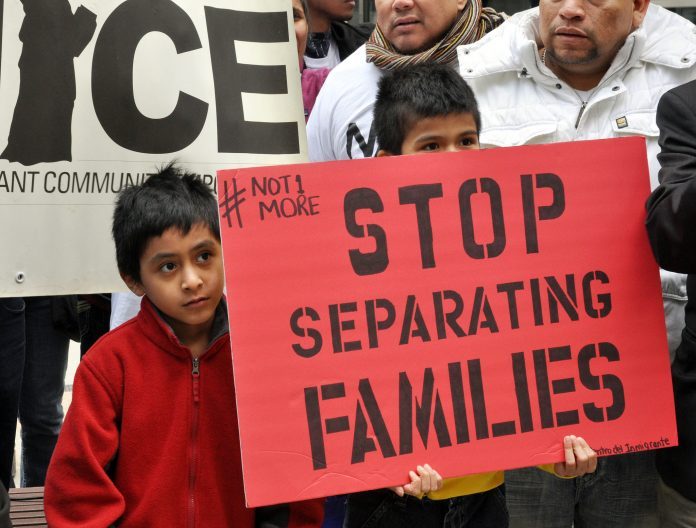 A 4-year-old girl residing at the Long Island MercyFirst shelter — which is caring for 10 immigrant children separated from their parents — has not yet been reunited with her family, Newsday reported Tuesday.

The children at MercyFirst range from 4 to 17 and are originally from Guatemala, Honduras, Nicaragua, and Brazil. The agency’s president and chief executive Gerard McCaffery told Newsday that the agency is working to connect the children with their parents via telephone and Skype.

As the White House continues to fail immigrant families, the July 10 deadline to reunite 103 children under the age of 5 has passed, and only about half of them have been brought back to their families, the New York Times reported.

On June 26, a federal judge ruled that the Trump administration must reunite all separated families within 30 days; specifically, children under 5 must be reunited with their parents within 14 days.

Since then, the number of separated children around the country has jumped to nearly 3,000. And, about 700 of those children are residing in New York State, Gov. Andrew Cuomo previously stated in published reports.

As the judge said, the ACLU explained, “These are firm deadlines. They’re not aspirational goals.”

On Monday, a federal court struck down a request from the U.S. Department of Justice to modify a settlement known as the Flores Settlement Agreement in order to allow long-term detention of children alongside their families, Trump’s warped interpretation of “keeping families together.”

The 1997 settlement agreement mandates basic care and human rights for detained immigrant children, including limiting detention of children to 20 days, as well as ensuring they are kept in facilities that abide by state child welfare licensing regulations.