Raising the minimum wage to $15/hour in New York State would benefit 1.1 million immigrant workers, according to a report released this week by the Fiscal Policy Institute, FPI.

Setting a wage floor at $15/hour will disproportionately benefit immigrants, who are more likely to be in lower-wage jobs than their U.S.-born counterparts. Forty-three percent of all immigrants working in the state would get a raise, as would 36 percent of all workers.

“A phased in $15 minimum wage in New York will lift wages and living standards for 3.2 million New York workers without having an adverse impact on businesses or the state economy,” explained James Parrott, deputy director and chief economist of the Fiscal Policy Institute. “Solid research informed by a comprehensive understanding of labor markets and business operations shows that, factoring in productivity savings and reduced turnover, business operating costs would rise by no more than 7/10 of one percent.” 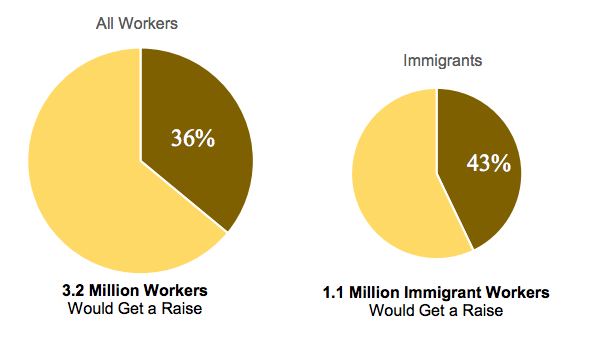 In 2015, Governor Cuomo raised the minimum wage to $15/hour for tip workers, for fast food restaurant workers, and for 10,000 state employees and 28,000 employees from the City University of New York system.

Another report from the New York State Department of Labor found that raising the minimum wage to $15/hour would benefit 2.5 million New Yorkers and their spending power would increase to $15.7 billion.

On Long Island, it is estimated that 124,643 workers make $9 per hour. The raise to $15 would benefit approximately 382,236 Long Islanders. This would translate into an economic investment of $2.5 billion for Long Island,  according to the Department of Labor. 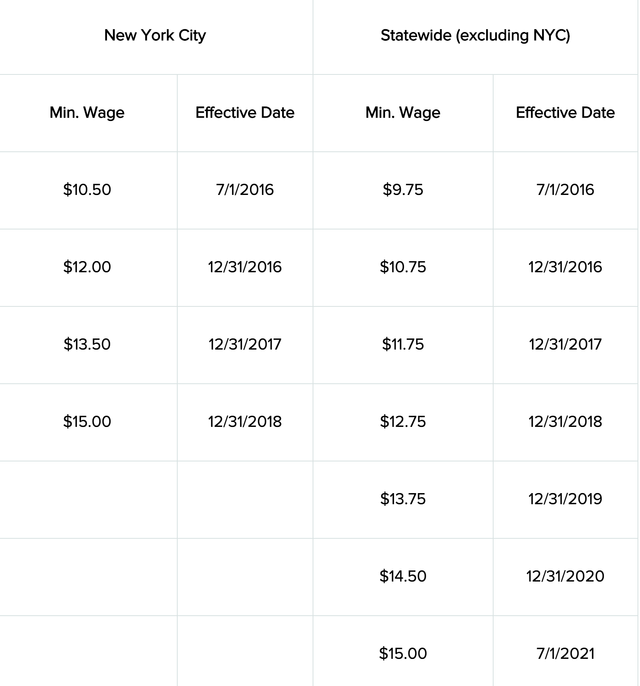