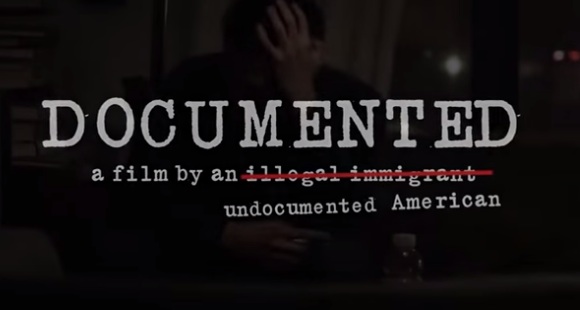 This film chronicles the journey of Jose Antonio Vargas, a Pulitzer prize wining journalist, who jumpstarted a new conversation about the immigration debate after revealing his undocumented status in a New York Times essay in 2011.

Long Island is home to an estimated 100,000 undocumented immigrants, many of whom are Dreamers just like Jose. His story reminds us that those who live in the U.S. without documentation, including those right here on Long Island, are more like us than we realize and are American in every way except on paper. His film confronts the audience with a critical question: What should we do about the 11 million undocumented immigrants in the United States?

This is only second time Long Island Wins has had the opportunity to bring this exciting, thought-provoking film to Long Island audiences as we continue to shape how we “Define American” in our local communities. We are proud to partner with Stony Brook University’s School of Social Welfare on this pressing humanitarian situation.

Be sure to join us for this important opportunity to be part of the conversation on March 27.

The film will begin at 6 p.m. followed by a Q&A panel at Stony Brook University’s Health Science Center Level 2, Lecture Hall 2. Refreshments will be provided.