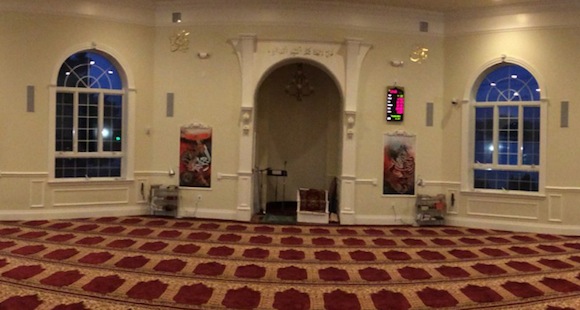 One of Long Island’s Muslim leaders has written a letter to the Pope denouncing terrorism and promoting interfaith peace and understanding.

In November, Pope Francis issued a call to Muslims around the world to denounce terrorism to help break the stereotype that Islam and violence are innately linked. Dr. Yousuf U. Syed, a member of the board of trustees of the Islamic Association of Long Island in Selden, said his letter is a direct response to this request.

The Islamic Association of Long Island is the oldest mosque on Long Island.

Syed, who is also a board member of the Long Island Council of Churches, explained that on Long Island and throughout the world, “Muslims’ hearts are aching” because “what people know about Islam is only through the media,” which focuses largely on violence and the actions of extremists, rather than the peaceful day-to-day lives the majority of Muslims around the world strive for.

It is important for people of different faiths to celebrate the commonalities that their religions share, he said. “People have some differences, but our goals are the same. We [all] believe in good deeds.”

Syed said he has no intentions for the letter beyond heeding the request by the Pope and promoting interfaith understanding and cooperation.

You can read the full letter by clicking here.