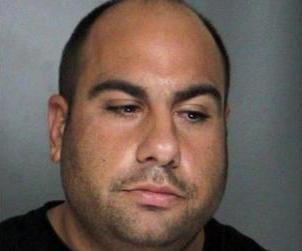 In the past decade, we’ve seen a host of Long Island politicians unfairly scapegoat undocumented immigrants for problems in our communities. Some have even employed violent rhetoric, saying they would chase Latino day laborers out of their communities with baseball bats and guns.

Why does it matter when politicians say things that target immigrants? Perfectly rational people might not be affected by this kind of talk but extremists and those suffering from mental illness might feel empowered.

Case in point, NBC 4 New York reports on a particularly abnormal incident in which a Long Island man allegedly impersonated a U.S. Immigration Customs and Enforcement agent several times over the past few months:

A Long Island man who got into a road rage incident with another driver on the road pulled him over by pretending to be a law enforcement agent, then was arrested himself when he tried to file a complaint about the other driver to police, authorities said.

Police said David Bradley, 39, and a 19-year-old man became involved in a road rage incident at the intersection of Woodhull Avenue and Route 347 at about noon Sunday in Port Jefferson Station. Bradley pulled his vehicle behind the teen’s and activated emergency lights.

Wearing a bulletproof vest, a badge and what appeared to be a gun in a holster, Bradley identified himself to the other driver as a U.S. Immigration and Customs Enforcement agent and handcuffed him, according to authorities.

Bradley drove the victim to his home and brought him inside, police said. He took off the handcuffs after about five minutes, brought him back to his vehicle and allowed him to leave.

After the victim notified police on Monday, Bradley went to the police precinct himself to file a complaint. He was arrested after a police investigation.

Police said Bradley also impersonated an ICE agent on May 4, when he tried to gain access to a crime scene.

Bradley was being held overnight at the Sixth Precinct and is scheduled to be arraigned Wednesday at First District Court.