Throughout American history, when immigrants arrived, they typically lived in cities and urban areas where they could find employment and be around others who were like them. They would spend one or two generations there, assimilating to our culture, learning our language and our customs, and oftentimes they would eventually move to the suburbs.

There has been a shift away from this in recent years, where immigrants arriving to the U.S. have been more prone to settle in suburban or even rural areas, including here on Long Island.

With the wealthy moving away from cities and toward suburbs, they have brought many jobs with them. Some are opening businesses in the suburbs, while others have the need for hospitality and other domestic services.

Long Island is a case study in this phenomenon. Whether it’s the growing technology sector, agricultural industry or service and hospitality fields, more than ever there is employment and economic opportunity available on Long Island.

“One of the results of the so-called White Flight is that a lot of jobs left cities and went to the suburbs,” said Larry Levy, Executive Dean at the National Center for Suburban Studies at Hofstra University. “The result was that they created magnets in suburban areas. There is a lot of wealth in suburban communities that can provide jobs, and there’s a greater concentration of people that have wealth and have the need for services provided by people like nannies and housekeepers.” 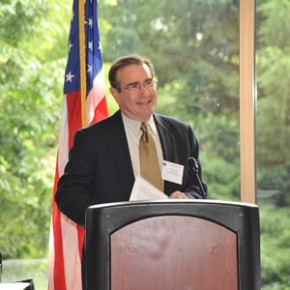 Wealthier immigrants are also increasingly skipping the city altogether and settling on Long Island. According to Levy, they’re attracted to the same things that attract those who have lived in America for a few generations and are looking toward the suburbs, better housing, better education, more space, safer streets, more parks and to be around people who are like them.

Because of the unique makeup of Long Island, if comprehensive immigration reform were to pass in its current form as seen in the Senate bill, everyone would stand to gain.

East and South Asian immigrants tend to be represented in the high-tech sector in greater numbers than other immigrants. The increased allocation of H-1B visas under the Senate bill would help to bring more immigrants from those countries here. This would help to offset the lost sibling-based visas, through which a substantial amount of Asian immigration occurs.

“Anything that makes it easier for high-skilled foreign workers to come and stay in this country with some sense of security will benefit well-off suburban areas,” said Levy. “Anything that will encourage workers of all kinds – including lower-skilled and lower-paid workers, that will take them out of the shadows, make them feel that they can go to school and get training – will make Long Island stronger, because we have a huge service economy as well.”

It’s clear that comprehensive immigration reform would do much to benefit immigrants around the country, including those that are here on Long Island.

This is why we must continue to push forward on reform. Please continue to let our elected officials, including Peter King, know that 11 million aspiring Americans are waiting to come out from the shadows.