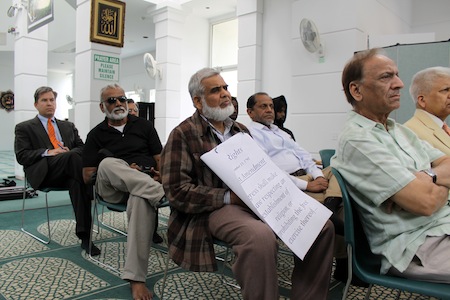 A coalition of Long Islanders responsed to Rep. Peter King’s so-called Muslim radicalization hearings by holding a counter-hearing today, where they trumpeted a message of reason and acceptance.

The counter-hearing, which took place at the Islamic Center of Long Island in Westbury and was organized by Long Island Neighbors for American Values, preempted a hearing that King will hold in Congress on June 15 to investigate the alleged threat posed by Muslim converts in prisons. Despite warnings by rights groups that he is stoking anti-Islamic sentiment, King has defended his position.

King’s hearings will only serve to “inspire ethnic and religious hatred,” said Bob Nuxoll, from the Long Island Chapter of Americans United for Separation of Church and State. “We implore that Congress censure him as they did when Sen. McCarthy chose demagoguery as statesmanship.” 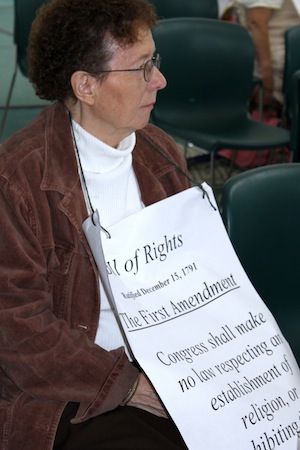 By targeting Muslim outreach in prisons, the June 15 hearing will misrepresent the purpose of religion in such a setting, said Imam Isa Abdul Kareen, a Muslim chaplain at the Nassau County Correctional Center.

Islam is used “to help the inmates abandon their anti-social behaviors” and is a “therapeutic weapon,” he said. But King is ignoring that mission, according to Kareen.

“In the pursuit of political sensationalism, unfortunately, sometimes we don’t have the accuracy that we should have.” 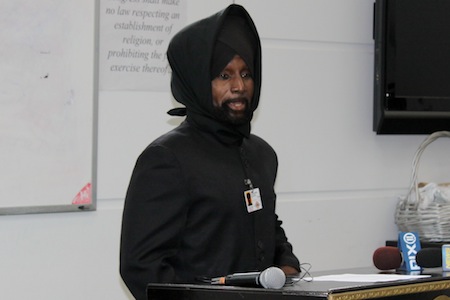 The closing speaker at the counter-hearing was Sister Jeanne Clark from Pax Christi Long Island.

“America is protected when we respect the right for every person to practice their religion,” she said. “Whether we are Catholic, Hindu, Buddhist, or Muslim, one’s faith should never be used as a reason to be feared.”

Here are photos from the counter-hearing: