As a teenager growing up in Stony Brook, Charlene Obernauer was dedicated to working for better wages and working conditions for farm workers. Her early commitment to social justice grew out of her childhood in a family that talked about inequality and discrimination and through her attendance at a local Presbyterian church that placed itself on the side of the dispossessed. “I saw how people’s faith was powerful in motivating them to act,” she recalled.

I spoke with Charlene in preparation for her being honored at CARECEN’s annual dinner last Thursday. Charlene has emerged as a leader in the push for the DREAM Act and, in her work with Jobs With Justice, as an important link between Long Island’s immigrant rights community and the labor movement. Charlene’s energy and effectiveness have been outstanding assets for both.

While Charlene was a student at Stony Brook University, she began to meet undocumented immigrants going to school with her. Her social justice work in the past had been for people whom she did not know, now she was becoming friends with teenagers who were very much like herself, but who saw their futures in jeopardy because of our restrictive immigration laws. She decided that she had to help, because, she says “I wanted to work locally for social change with immigrants in my own community.”

Charlene researched the laws and she began giving talks to undocumented young people about ways they could go to college. She also began working with the students to advocate for passage of the DREAM Act. She found the DREAMers inspiring. In spite of the danger that they could be arrested and deported for coming out in the open, Charlene says, the DREAMers were “one group of people who didn’t take ‘No’ for an answer.” She recalls the experience of participating in forums where DREAMers told their stories. “They themselves were the most powerful voices for the DREAM Act,” she says with admiration. “It was inspirational working with them, whenever I’d get tired I remembered that they work, study and still have time to advocate,” Charlene says.

Charlene told me that her position with Jobs With Justice has allowed her to work for great causes while becoming grounded in the labor movement. Her experiences with the DREAMers, the unions, and Long Island’s progressive community have “made me more committed to what I believe in,” she says. 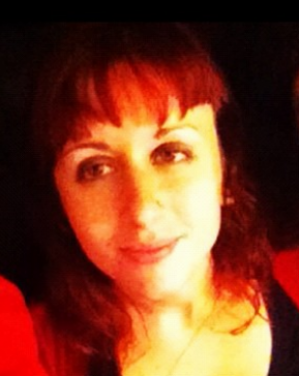