As a domestic violence survivor, 29-year-old Erika Brooks knows just how important it is for people to have an easy, anonymous way to communicate. For three years, her abusive husband tried to control her in a multitude of ways, even locking away personal documents like her driver’s license and passport so that she wouldn’t have access to them.

“He knew where I was at every minute,” she says. “He would make me check in with him if I was out of the house, and if I didn’t, he would hurt me. He also disconnected our home phone line so that I couldn’t call anyone without him knowing.”

Brooks, however, had a secret weapon—a prepaid cell phone she kept hidden from her abuser. Carefully planned for weeks, she finally made her escape when she told her husband she was going to the library with their young son. While there, she used her prepaid phone to call a friend for help. 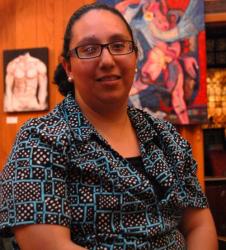 Erika Brooks, who was also featured in a WSHU story about the bill.

Brooks, who credits that call with saving her life, is now a member of the Latina rights organization SEPA Mujer, where I’m a staff attorney. Based on her experience, she stands together with our organization in opposing legislation sponsored by Suffolk County Legislator Kate Browning (WFP-Shirley) that would rob other victims of this important lifeline.

The proposal, IR 1266, would require Suffolk consumers to present two forms of identification when purchasing a prepaid cell phone.

It would also mandate that retailers enter their customers’ personal information into the police department’s database or maintain paper records, which would be available to any requesting law enforcement officer, with or without a warrant. A retailer’s failure to comply is a misdemeanor punishable by a fine of up to $1,000 and/or up to one year in jail.

On June 7, dozens of people spoke out against the bill at the Suffolk legislature, citing everything from the necessity of prepaid phones to the legislation’s ineffectiveness in preventing crime, and Browning decided to table the bill until a meeting in two weeks, when it could come up for a vote.

As an immigration attorney who has counseled hundreds of women escaping violent relationships, I have heard many stories like that of Erika. Domestic violence is a chronically under-reported crime, and yet, we know that at least 1 in 4 women will fall victim in her lifetime. The working definition of domestic violence—a pattern of behavior in any relationship that is used to gain or maintain power and control over an intimate partner—takes many forms and afflicts every racial, social, and income stratum in our nation.  For immigrant women, their danger is compounded by language barriers, fear of deportation, and lack of a support network of family and friends nearby.

We also know that only approximately one-quarter of all physical assaults, one-fifth of all rapes, and one-half of all stalking perpetuated against women by intimate partners are reported to the police.
The sponsor of this proposal and other legislative members have asked me if giving prepaid cell phones to local domestic violence agencies would assuage my concerns about this proposal. The answer is a firm no.

To be clear, this proposal is not a ban on prepaid cell phones. But I lead with Erika’s story for a reason. I hear stories on nearly a daily basis from women whose abusers control their access to or destroy their personal documents. To replace IDs, you need ID, and these women wouldn’t be eligible to purchase a prepaid phone under this proposal because they wouldn’t have the required identification.

A cell phone plan is an easy way to track whom a person is calling and from where—a gift to potential stalkers or abusive partners. A prepaid cell phone offers unparalleled anonymity and is often the only option for women and many other people who do not have the credit or personal finances to purchase a regular plan. 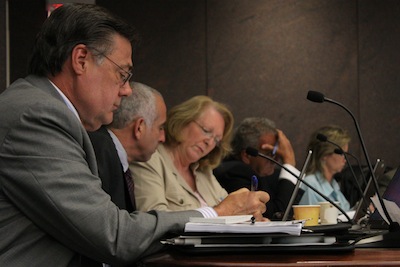 Not only are there vast concerns about the well being of domestic violence survivors, there are serious questions as to whether the law will actually combat crime.

The lead investigator for the Suffolk County District Attorney’s Office has himself questioned the effectiveness of the proposal, saying that criminals in Suffolk County could easily travel 10 miles (or less) to Nassau County to purchase a prepaid cell phone.

Indeed, this bill will pose little hardship for savvy criminals who coordinate drug deals between continents or wealthy suburban teens who sell pot on their parent’s cell phone plans. But for women seeking safety, any limitation to a cell phone could mean possible injury or death.

The argument that the proposal would somehow benefit victims by catching potential domestic violence perpetrators is misinformed. Can you remember the last time you heard of a warrant issued or a serious investigation because a man beat his wife? I can’t, and I speak with the police nearly every day.

The proposal was tabled on June 7 by Legis. Browning because of concerns raised by domestic violence support groups. Let’s hope that she takes these fears seriously and realizes the serious peril that could be created by the passage of this bill.

Jessica Glynn is the supervising attorney at SEPA Mujer, a Latina rights organization in Central Islip.