Events unfolding in the Middle East following the internet release of a crude video attacking Islam have had reverberations here among Muslim immigrants on Long Island. Eric Byas, President of the Islamic Center of Long Island (ICLI) says that his center joins “American Muslims in unequivocally condemning the killing of U.S. Ambassador to Libya Christopher Stevens, and his staff in Benghazi, Libya and condemns the attack on US Embassies in Cairo, Egypt and Sanaa, Yemen.”

While Byas described the video as “profane…hateful and bigoted,” he said that the video’s distorted view of Islam “could never be an excuse to commit any acts of violence whatsoever.” Bayas explained that “The Prophet (peace be upon him) is loved and respected by hundreds of millions of people across the world” but he warned that no Muslim “should fall into the trap of those who wish to incite anger.”  Instead, citing the example of The Prophet himself, he called on Muslims to react with “compassion and forgiveness, never with revenge or violence.”

The Islamic Center of Long Island is located in Westbury. 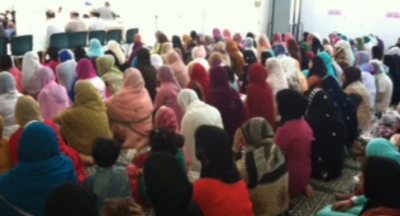