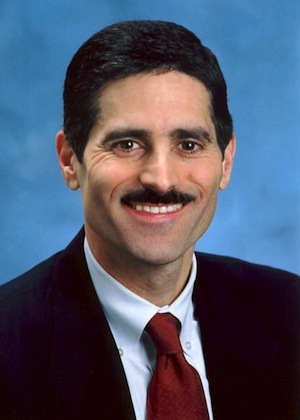 Back in June 2010, Suffolk County Executive Steve Levy was apparently fed up with meddlesome reporters who wanted to know all about his business, according to a funny article that was published today in the Long Island Press.

Levy invited Press journalists Spencer Rumsey and Christopher Twarowski to his office to talk about what he considered overly critical media coverage from Newsday, the same paper that, at the time, had just been investigated by Media Matters for treating Levy with kid gloves.

You should really read the article, but here’s a snippet that references Levy’s distain for Newsday’s former immigration reporter Bart Jones:

Levy says he keeps files on journalists and other adversaries, such as Long Island Pine Barrens Executive Director Richard Amper, who he curtly refers to as an “environmental terrorist” before correcting himself: “Let me rephrase that. He’s a charlatan. In that everything he does is orchestrated to instill fear in the public so that he can make himself and his organization relevant to get donations to survive.”

“You can’t let the bastards win,” he tells us, once again grinning. “That is what it comes down to. They want to grind you down.”