Back in March, Suffolk County Executive Steve Levy tried to introduce a bill that would require all county contractors to verify the immigration status of new employees.

That effort, however, hit a snag when Legis. Jon Cooper (D-Lloyd Harbor)apparently reminded Levy that a similar law to create an employee verification pilot program in the Department of Public Works was already on the books, but not being enforced.

Levy withdrew the bill and subsequently suspended his public works commissioner for a week—someone needs to be held accountable around here! The whole affair disappeared from the public eye when Levy was nabbed for improper fundraising and shamed out of the race for county executive, as well as $4 million in campaign funds.

Apparently tired of answering questions about corruption, Levy is back to focusing on immigration enforcement, introducing two new employee verification bills that advocate groups say will cause workplace discrimination against Suffolk Latinos and immigrants, in addition to wasting county funds (Click here for IR 1477 and here for IR 1478).

According to Legis. Cooper, another problem with the Levy bills is that the public works employee verification program hasn’t come anywhere close to completing its 18-month trial run (it’s a couple months deep). The point of the pilot was to test how the program functioned before considering any future employee verification bills, says Cooper, who sponsored of the pilot program bill back in 2008.

Last week I reached out to Legis. Cooper to get a statement on the current pair of bills from the county executive.

Here’s what he had to say:

I’m disappointed that County Executive Levy has introduced these two controversial bills at this point in time, especially considering that the County Legislature is already dealing with massive problems including an unprecedented budget crisis and the potential closing of our health centers. Suffolk County has already established an 18-month E-Verify pilot program, and a report on its effectiveness will be presented to the Legislature in September 2012. It makes no sense to even consider moving forward with an expansion of this program until that report is presented, a position that Levy himself previously held.

Levy intends to introduce the bills at a Tuesday, June 7, session at the Suffolk County Legislature. Come to the legislature at 9:30am and show your opposition to anti-immigrant legislation, as well as a separate bill related to prepaid cell phones. 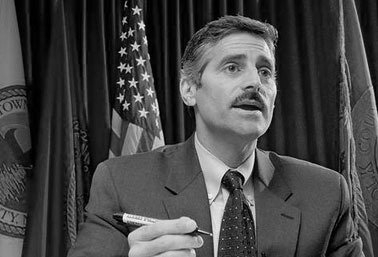