Nearly two dozen residents and activists marched on January 7 through a Central Islip neighborhood hit hard by foreclosures, calling for local politicians to support residents instead of big banks.

Protesters – made up of homeowners facing foreclosure, neighbors tired of vacant properties, and members of the organization New York Communities for Change – symbolically took back several vacant houses in Ferndale Boulevard and called on Suffolk County to close its bank accounts with big banks like Chase. According to homeowners, Chase is refusing to give them loan modifications and they are losing their houses. 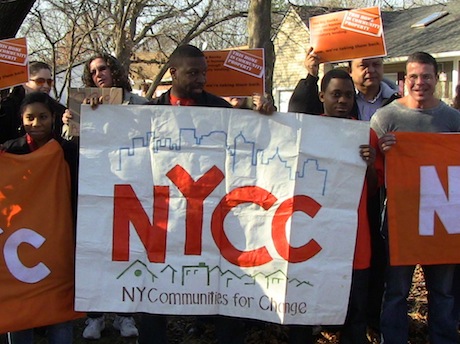