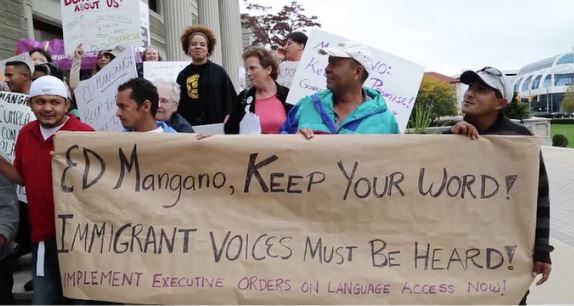 And yet, like a bad re-run of the movie “Groundhog Day,” the same lack of progress keeps rearing its ugly head. Two years on, community activists and immigrants continue to be frustrated by the delays and outright failures to implement language access services at crucial agencies, like the police department and the Department of Social Services.

“We have seen nothing change, we do testing on it, and the results are abysmal,” said Steve McFarland, the coordinator of the Long Island Civic Engagement Table (LICET). “We have testers laughed at, hung up on, and Nassau County representatives have been stonewalling us for as long as we’ve been working on this. It’s incredibly frustrating to us and to the thousands of immigrant families who feel like the county made them a promise and then forgot about it.

McFarland and other Long Island activists said that since meeting in October 2014 with County Attorney Liz Loconsolo, Communications Director Brian Nevin and Deputy Director of Minority Affairs Herbert Flores, nothing has changed. Callers are still hung up on, laughed at, or ignored when asking for translation services in Spanish, Haitian-Creole, Farsi/Persian, Korean, Italian, and Simplified Chinese.

Nevin declined to be interviewed but agreed to answer questions via email. He did not respond to an email showing results from testing done by the Long Island Language Advocates Coalition (LILAC) from April 7-10, which showed a majority of callers were unable to get help in their native languages. Nevin did pass along a quote from Flores:

“Implementation has been done well and no agency has received complaints … County agencies that provide direct services to members of the public already have systems in place for such individuals, including:  the Nassau County Police Department, the Department of Social Services, Office of Housing and Community Development, Department of Human Services and Department of Health.”

Laura Lemus, Coordinator of Special Projects at Long Island Wins, disagrees with Flores’ assessment. “I have done testing twice this year, the latest as recently as July, to the Sheriffs Department and police precincts 1-7, and not a single time was I successfully transferred to an interpreter. I have experienced everything from a stern “no Spanish”, hang up, or silence to an officer, out of sheer frustration, wanting to connect me to 911 for a non emergency request.”

“It’s a major problem when people in our communities can’t report crime, and can’t get services with Medicaid because the required language access documents and services aren’t available,” Starr said. “Any moderately sophisticated local government would do a baseline training for their employees; these gatekeepers need to know the basics of translation services, and we’ve found that they don’t know that.”

Cheryl Keshner of the Empire Justice Center, and coordinator of LILAC, said that many of the same complaints have been repeated over the past year and that “crucial needs are not being met, and it affects everyone in the community, not just immigrants.”

Immigration groups aren’t the only ones concerned with the slow implementation of the Executive Orders, which one year ago the County said was being rectified: A group of six Democratic legislators wrote a letter to Mangano in June saying they were “deeply troubled” that implementation is not being enforced, and reminding the county that “failure to provide language access is a violation of Title VI of the Civil Rights Act of 1964.”

Magaly Polo of the Haitian-American Families of Long Island (HAFALI) said that while they are grateful for some help they’ve received from the 5th Police Precinct, for the most part her members are extremely frustrated.

“People are not being listened to or understood, and you’re talking about basic services they need and they can’t get them,” Polo said. “I think Nassau County isn’t aware just how many Haitian-Americans are here, in places like Uniondale and Baldwin, and they’re not taking our needs seriously.”

Nassau County residents who have complaints regarding language access at government agencies can email nassauLASProblems@gmail.com, or mail their complaint to: 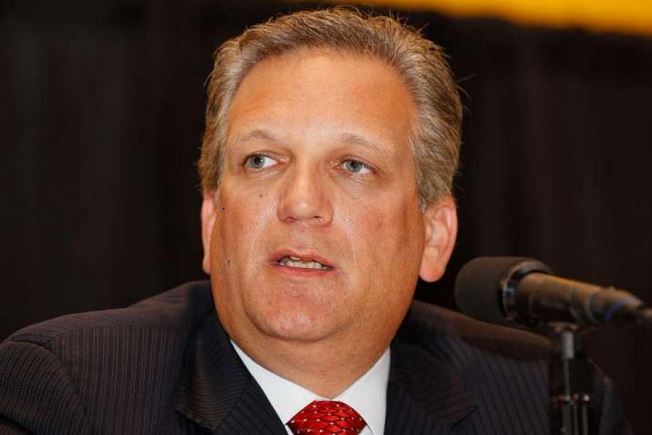