On the 12th anniversary of September 11, the Islamic Center of Long Island in Westbury reached out to the community to unite in an act of kindness to help those in need. The Islamic Center collected and donated nearly 4,000 food items to the Long Island Council of Churches and Saint Brigid’s Parish pantry of Westbury.

It was a shining example of the spirit of Islam and of all faiths to unite people from different backgrounds with the common goal to help those who need it the most.

“Many of our neighbors are hungry,” said Rev. Tom Goodhue of the Long Island Council of Churches. “We needed food to help them and this is a great way to do that.”

“Our shelves were almost empty,” said Ximena Aravena of St. Brigid’s Parish. “We feed 500 families every month so we are grateful for this.” 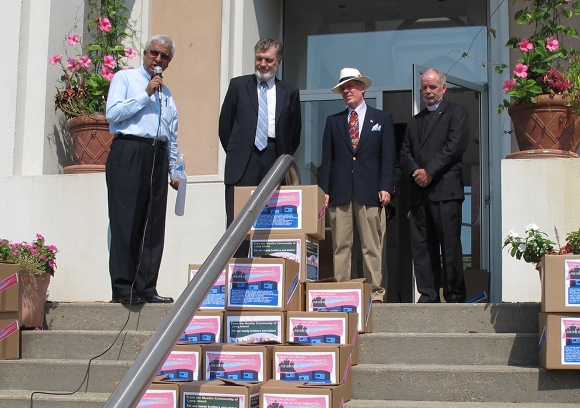 The donation was also symbolic in that it was an act of kindness in reaction to an act of hatred, and of turning a negative into a positive.

“I was so moved by this act of overcoming evil with good,” said Rabbi Menashe Bovit of the Bellerose Jewish Center. “This is the beautiful face of Islam.”

Citing the Muslim prophet Muhammad, Dr. Faroque Khan of the Islamic Center of Long Island said to the crowd in attendance that we need to respond to the bad deed with the better deed.

“The good deed and the evil deed cannot be equal. Repel the evil with one which is better

The event and the donation of the food items came in response to the appalling planned burning of nearly 3,000 Qur’ans in Mulberry, Fla. by Pastor Terry Jones. 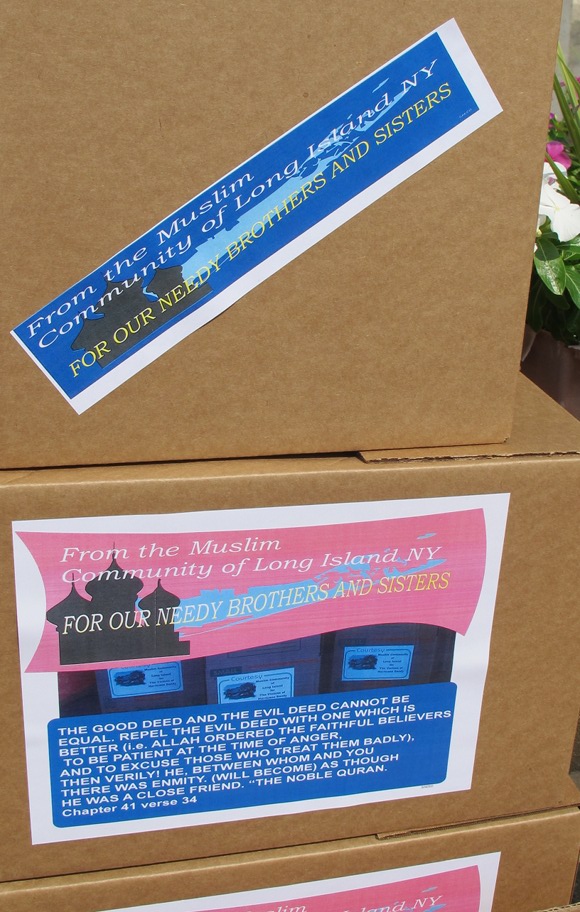