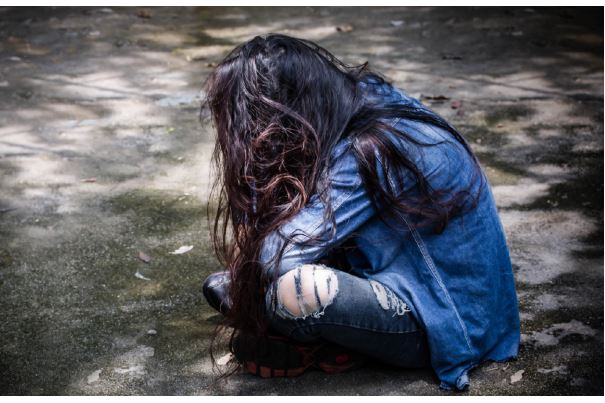 A new report from the human rights organization KIND (Kids In Need of Defense) says that many girls fleeing Central America are leaving because they were victims of sexual or gender-based violence. The violence includes abduction, rape, and torture by gang members and others. According to the report issued this week:

“In some cases gang members abduct girls and take them to abandoned buildings or other desolate areas, where they rape and torture them. While gangs allow some girls to leave after threatening to harm them and their families if they tell anyone what happened, they kill other girls.”

The girls are often left to deal with consequences without any institutional aid. The report says that:

“Survivors of gang-related sexual violence very rarely report the violence to the authorities due to fear of retribution by gang members and lack of confidence that authorities will respond if a report is made. As a result, accurate statistics on the prevalence of these forms of violence are not available. However, government and civil society experts in the region report that these forms of violence are extremely widespread. Gangs also use sexual violence as a punishment when girls or their families refuse to follow the gang’s orders, including orders to pay extortion money. While all individuals and families in gang dominated areas are vulnerable to extortion, gangs often target families and children known to have family members in the United States, because they are assumed to have access to money.”

“Gangs and narco-trafficking cartels are commonly involved in the human trafficking of children for sexual exploitation. In some cases gang leaders force girls to engage in sexual relations with gang members or others, in exchange for payment to the gang. Gangs also run sex trafficking operations in which girls and young women are taken to prisons and forced to have sexual relations with incarcerated gang members. In some schools under gang control, gangs forcibly recruit female students into sex trafficking operations. Girls who resist or refuse face force, violent retribution, and even death.”

In addition, some girls are taken to serve gang members as essentially slaves:

“Girls in gang-dominated areas of El Salvador, Honduras, and Guatemala are frequently forced into sexual relationships with gang members. Girls who participated in this study describe being afraid to leave their houses because gang members frequently identify girls walking down the street or in other public places and claim them as their “girlfriends.” Girls who refuse the advances of gang members are often threatened with violence toward them and their families, and in some cases they are killed.  Gang members sometimes forcibly abduct girls and hold them captive in situations of sexual servitude in which they treat the girls as their property and regularly rape and abuse them.”

A full copy of the report is available here.