Immigrants rights advocates and faith leaders throughout New York today rallied at Manhattan’s Varick Street Detention Center, where many immigrant detainees from the area are processed for deportation. Ten people were arrested in the act of civil disobedience.

Participants chanted, sang and held banners demanding the end to the immoral separation of families.

“In New York and across the country, members of Congress are hearing from pastors and bishops, business owners and workers, conservatives and liberals, immigrants and DREAMers – all saying that now is the time for immigration reform,” said Steven Choi, executive director of the New York Immigration Coalition. “We will continue to be in the streets, at town hall meetings and on the phones demanding real reform for immigrant communities until the House passes a just and comprehensive immigration bill.” 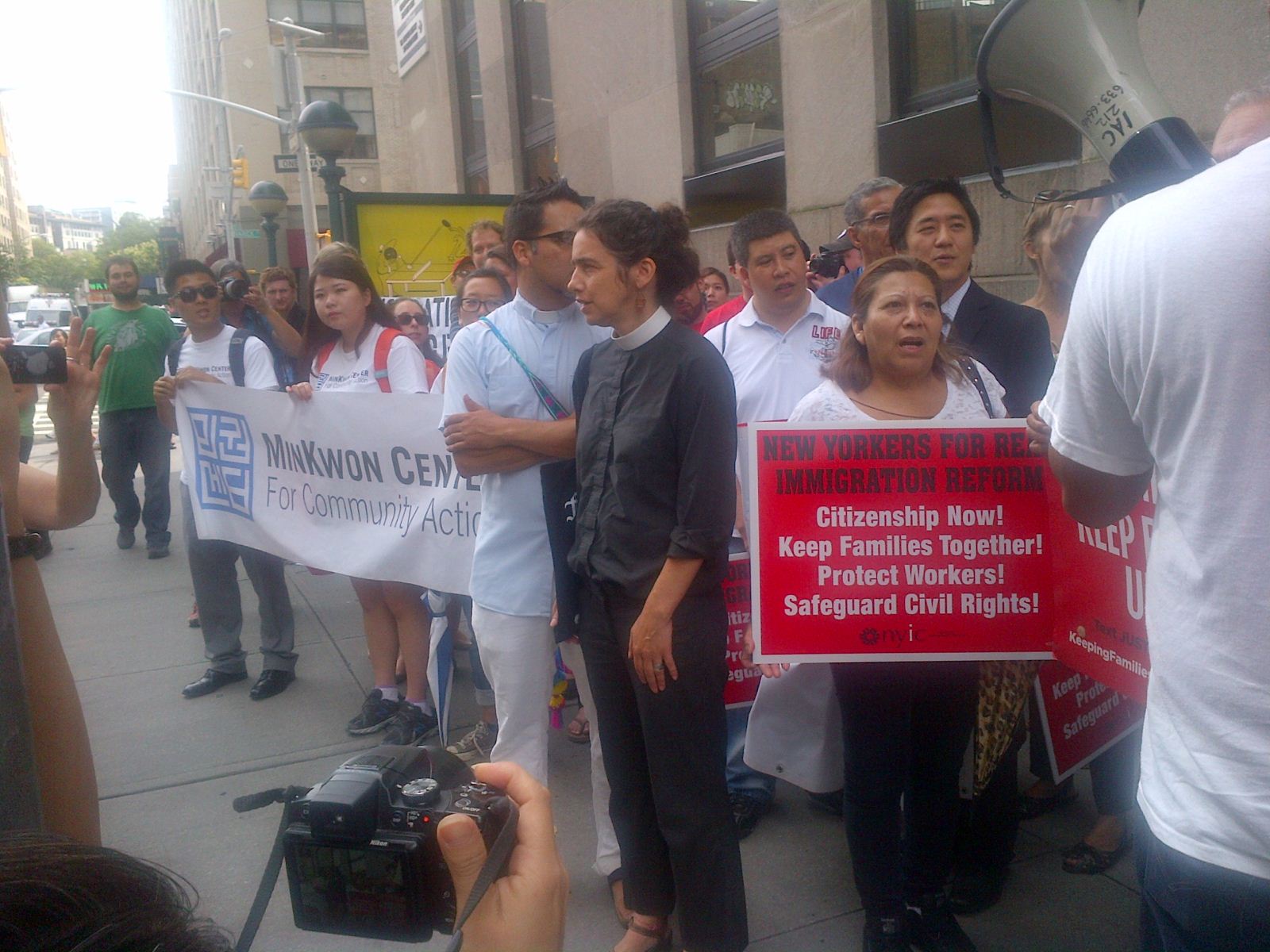 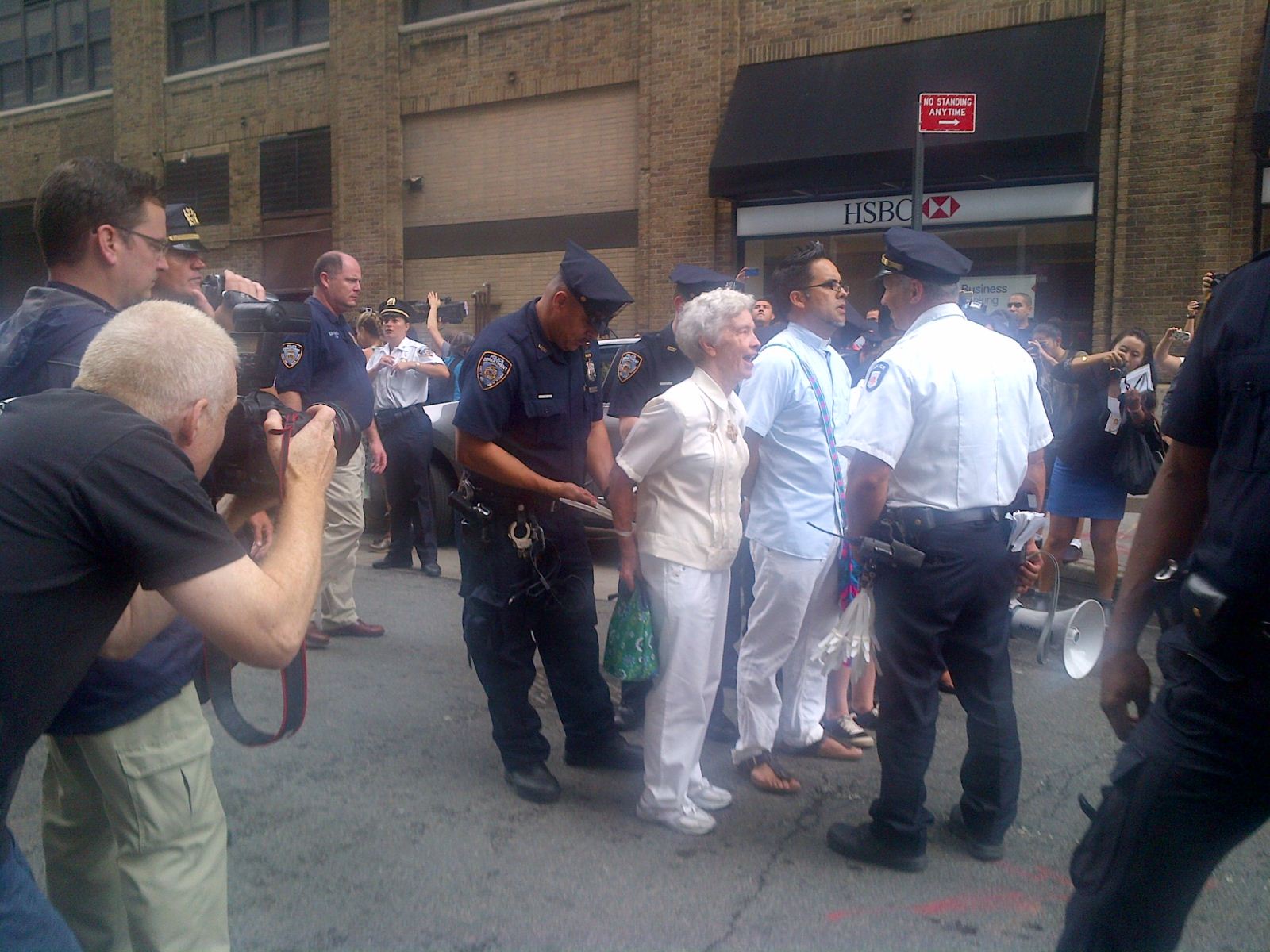 The Manhattan rallied followed an action undertaken in Phoenix, Arizona last night. Leaders from United We Dream and the Arizona Dream Act Coalition engaged in civil disobedience to stop a bus in the middle of deportation proceedings at the Phoenix Removal and Detention Facility, the ICE post in downtown Phoenix. Six DREAMers sat in front of a bus for more than two hours, before the bus finally retreated back into the ICE complex.

Over one hundred people encircled the ICE facility until well after midnight to shut down operations and ongoing deportations, before local police arrested two leaders. Those arrested included two undocumented youth activists, who were both later released.