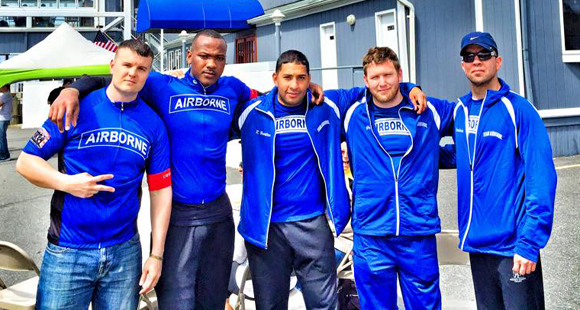 Throughout our history, new Americans have always risked their lives serving in our armed forces and have continued contributing to our communities when they return home to civilian life. This is why recognizing immigrant’s contributions in defending our nation, deserves our acknowledgement and respect.

Long Island, like many American communities, is home to brave immigrants who are committed to defending our nation. One such immigrant is Ronald Hurtado, 35,  from Nicaragua, who came to the U.S. when he was 8 years old and settled on Long Island. In 2006, he became a U.S. citizen and the same year he joined the U.S. Army. He was deployed to Afghanistan where he served for more than 15 months.

After serving oversees he was then transferred to a support unit in Fort Benning, Georgia. He then returned to Long Island as an army recruiter, his last assignment for the Army. As a recruiter, he met with several companies that help veterans. Through these connections, he realized the need for helping other veterans, like him, who are dealing with overcoming the invisible wounds of war when they return home. 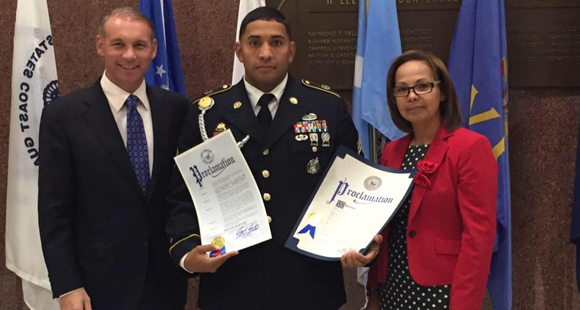 HURTADO GETTING A PROCLAMATION FROM THE SUFFOLK COUNTY EXECUTIVE. IN THE MILITARY HE EARNED SEVERAL RECOGNITIONS AND AWARDS INCLUDING THE COMBAT ACTION BADGE.

In 2015, while still in the army, he founded Airborne Tri-Team, a non-for-profit organization that provides war veterans with opportunities and goal oriented physical challenges to help them maximize their potential and increase their self-esteem by being part of a team. According to Hurtado, Airborne Tri-Team aims to help veterans assimilate back to a civilian life when they return home through sports, physical activities, and therapy.

“It’s very difficult to adjust to a normal life. When a solider comes back from a war zone after seeing many terrible things, [life] is not normal anymore,” Hurtado said.

Recently, Khizr Khan and his wife Ghazala, an immigrant family that have made their home in the U.S., spoke emotionally and proudly to America about their son, Captain Humayun Khan, and his service to our country and how, for his country, he paid the ultimate price with his life.

The Khan family story has left many of us wondering about the lack of recognition for immigrants serving in our military. 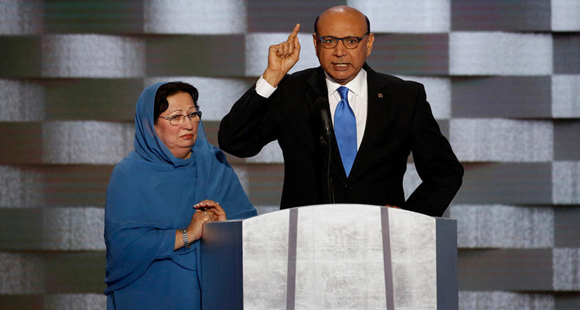 Hurtado believes that everyone should recognize the sacrifices immigrants make when they join the U.S. army. “I feel like we, Hispanics, work really hard. I saw how my mom came here and worked at two jobs, so that we can go to school and become better persons,” he said. “As immigrants, we sometimes work harder than people who are born here”.