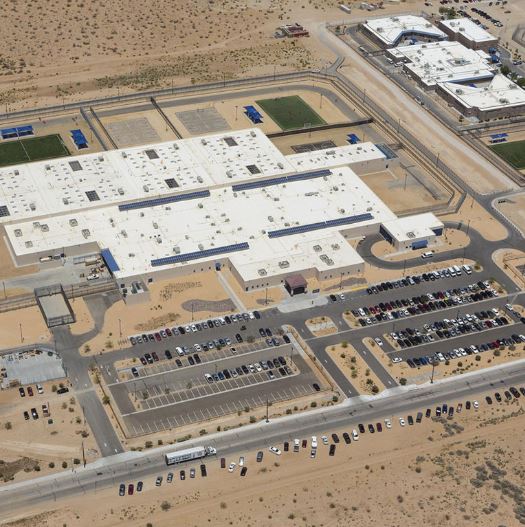 A new report sheds a harsh light on an ICE facility that has developed a suicide culture.

In May the Office of Inspector General (OIG) for the Department of Homeland Security (DHS) paid a surprise visit to the Adelanto ICE Processing Center in California. The OIG found deplorable conditions and immigrants in such despair that there were nooses in some cells. The facility houses 1,659 immigrants in such negligent ways that, the OIG report says, “not only constitute violations of ICE detention standards but also represent significant threats to the safety, rights, and health of detainees.”

The OIG found nooses in most of the cells that were visited. Prisoners spoke to the investigators of immigrants who had tried to kill themselves using the hand-fashioned nooses. As recently as March 2017, an Adelanto prisoner had succeeded in hanging himself. The inspectors found that ICE made no effort to remove the nooses. According to the report, “ICE’s lack of response to address this matter at the Adelanto Center shows a disregard for detainee health and safety.”

Detained immigrants told investigators that when prisoners unsuccessfully tried to kill themselves, they were mocked for their failure by the guards when they were returned after receiving medical care.

The inspectors found that those prisoners in segregation were treated like dangerous criminals, rather than as undocumented immigrants who posed little threat to those around them. Many were found to be shackled or handcuffed, in violation of ICE guidelines. The report also found that the GEO Group failed to provide adequate medical or dental care for prisoners.

As the number of immigrants in detention grows every day under Donald Trump, we will see more and more immigrants harmed by this abuse.