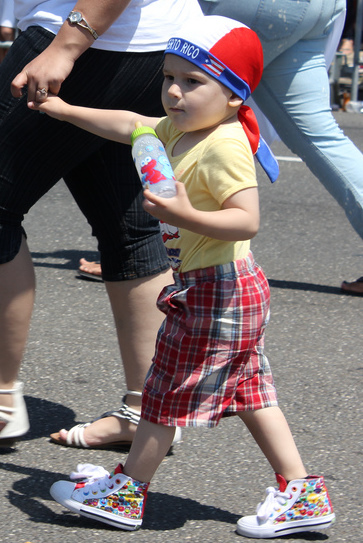 Over 50,000 people attended the Adelante Puerto Rican and Hispanic Day Parade in Brentwood last Sunday, according to organizers.

Celebrating its 45th anniversary, the event was coordinated by Adelante of Suffolk County, a community organization serving at-risk youth and seniors in the county, and showcased around 70 groups representing local businesses, schools, churches, elected officials, and law enforcement, among others.

More than 1,000 participants marched down Fifth Avenue proudly displaying their Hispanic heritage in a mix of waving flags, Latin music, traditional dances, colorful cars and floats, and food stands. The parade is the second largest in New York State, according to Adelante, trailing only its well-known counterpart in New York City, which takes place this Sunday, June 12.

Since the parade was first organized in 1966, Latino demographics in Brentwood have changed, with the Puerto Rican population decreasing while the number of Salvadorans has grown. Still, the event continues center around Puerto Rican heritage.

“It would be nice to see more flags from different countries, and to think of the parade as Hispanic, instead of Puerto Rican,” said Teddy Acevedo, one of the founders of the parade. All the same, the atmosphere was welcoming to those of other backgrounds, and you could find a variety of Latin American flags in the crowd.

Here are some of my photos from the event: