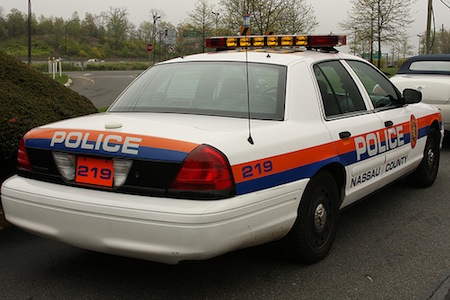 Angeline Echeverría is the director of organizing support at La Fuente, the parent organization of the Long Island Civic Participation Program.

Last night, the Hempstead Village Board of Trustees made a statement calling upon Nassau County to implement changes that will facilitate the hiring of more bilingual police officers.

We at the Long Island Civic Participation Project applaud Mayor Hall and the Board of Trustees for taking this first step towards ensuring safer neighborhoods in Hempstead and beyond.

Over the past year, our members have been raising concerns about miscommunication with police officers in Nassau County, talking with elected officials and surveying residents to find solutions. We believe the statement by the Board of Trustees is a step in the right direction.

The statement passed last night called for changes that are modeled off of hiring efforts in Suffolk and other counties throughout the country. Specifically, the Mayor and Village Board called upon the Nassau County Civil Service Commission to “create a category for bilingual police officers; administer a Spanish-language proficiency exam; and create two lists, one for monolingual (English-speaking) candidates and one for the bilingual (Spanish-speaking) candidates, to facilitate the hiring of more bilingual police officers in Nassau County.”

Pedro Reyes, Hempstead resident of 20 years, attended the meeting to show his support of the statement.

“I’ve had a lot of experiences with crime in the community—assaults and robberies,” he said. “I’m very happy with the Board of Trustees’ decision to support our campaign.”

The Long Island Civic Participation Project (LICPP) organizes with rank-and-file union and community members in Nassau County. LICPP members develop and support campaigns that promote dignity and human rights of workers and immigrants in our society.