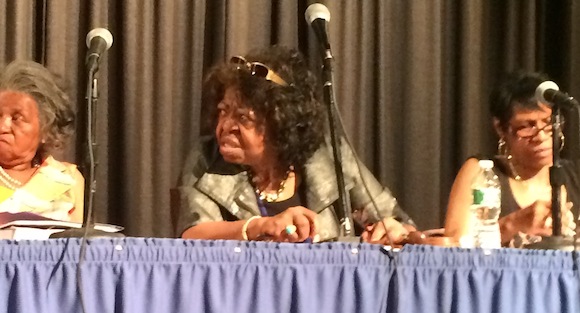 A special election to fill the vacant Hempstead School Board seat will take place on Oct. 28. The seat became vacant when longtime trustee Betty Cross was removed last month by state Education Commissioner John B. King Jr. as he investigated claims of voter fraud.

Maribel Touré, who challenged Cross’ election, has pledged to run again and was pleased with the date selected.

“We have to continue with the momentum,” Touré said Monday. “It’s going to be very hard to convince the people to come out and vote again. It will be very tiring, but it is worth it. If this is what it takes for change to come, we have to do it.”

Cross’ attorney, John Ryan, said he does not yet know if his client will join the race, adding that she is “still evaluating her options.”

The election will be held at Alverta B. Gray Schultz Middle School from 7 a.m. to 9 p.m. on Oct. 28. Candidates have until Sept. 29 to register.

Touré would have been the first Latino to sit on the school board despite the fact that Latinos comprise 59 percent of the district. But her win on election night May 20 was upset the next day when Cross appeared with suspect absentee ballots that put her six votes ahead. The disproportionate number of absentee ballots cast for Cross, as well as the handling of those ballots was deemed “highly suspect” by King, and was a key factor in the decision to require a special election.