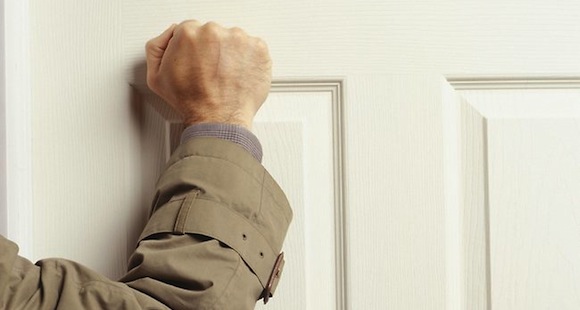 The growing influence of the Latino demographic means that Latino voters will play a major role in the years to come in election results. The Latino vote was a crucial factor in the 2012 presidential election. Yet, turnout during midterm elections is often much lower than during presidential elections. It is because of this that Latino Decisions and other organizations have been looking for innovative ways to turn out the vote.

Turns out the most successful method may be the simplest.

Latino Decisions is a research organization that focuses on issues impacting Latinos. They have authored a number of reports about increasing Latino voter participation. The success of the Obama campaign seemed to indicate that the best way to get out the vote is through social media. But new research indicates the most influential method is in-person interaction.

The farther the engagement is from “in-person engagement,” the less likely the voter will turnout, according to the Latino Decisions report. Sending postcards to houses increased voter turnout by 3.72 percent, while phone banking only increased voter turnout by roughly 10 percent. Meanwhile, a successful interaction with a potential voter at their door could boost voter turnout from 11 percent all the way up to 54 percent. The means Latinos are roughly 43 percent more likely to vote during a primary election when directly engaged. This would certainly shake up how elected representatives view their constituency.

Many organizations have taken these lessons to heart in their recent voter initiatives, both national and local. The National Association of Latino Elected Officials (NALEO) was one of the case studies in the Latino Decisions research. NALEO has focused its efforts on turning out Latino votes in districts where Latinos are underrepresented. The challenge in organizing these efforts is that turning out voters effectively requires a heavy time commitment on the part of organizers.

National organizations such as NALEO and Voto Latino seem to have recognized this and are teaming up with local organizers to mobilize voters. One such local group that has facilitated voter turnout on Long Island is Make the Road New York.

Daniel Altschuler is the lead organizer at Make the Road New York. He said in-person interaction is “by far, the most effective approach” in the communities where his organization works.

“Communities of color will vote in large numbers this cycle and surprise many observers,” Altschuler predicted. “But this will not just happen by itself—it requires a concerted effort by organizations like ours to galvanize community members to take action, register to vote, and cast their ballots.”

They key takeaway here is that voters as a whole, particularly Latinos, may be in a position to surprise political pundits and shift the election with their votes. The question is: How many doors, phone calls, and postcards will it take to make a difference?