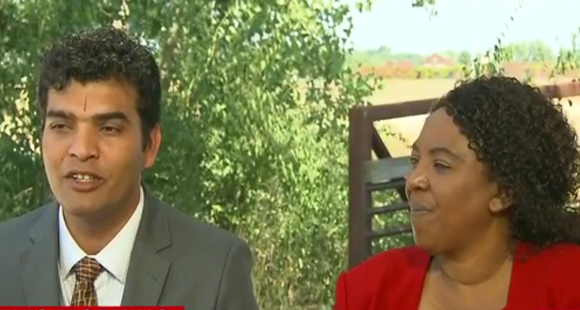 Here are the stories of two refugees, Bhuwan Pyakurel and Norah Bagirinka, who fled their home nations and have started new lives in the United States.

Listen to their harrowing journey from Pyakurel being confined in a hut for 18 years to Bagirinka, a single mother of 3 sons, and how they barely survived unrelenting bloodshed and genocide.

“I barely survived” says Norah Bagirinka, a Rwandan refugee now living in the US, speaking to @AlisynCamerota https://t.co/Epbw5orHDh

The 2016 November elections will give Pyakurel and Bagirinka, both newly minted U.S. citizens, a voice by casting their vote for the first time in a country that has given them a new life.

Former refugee who will vote for the first time told me: American means I belong to this land, this is my country. https://t.co/vKV4WfOb4S

LONG ISLAND WINS DOES NOT ENDORSE OR SUPPORT ANY OF THE PRESIDENTIAL CANDIDATES.