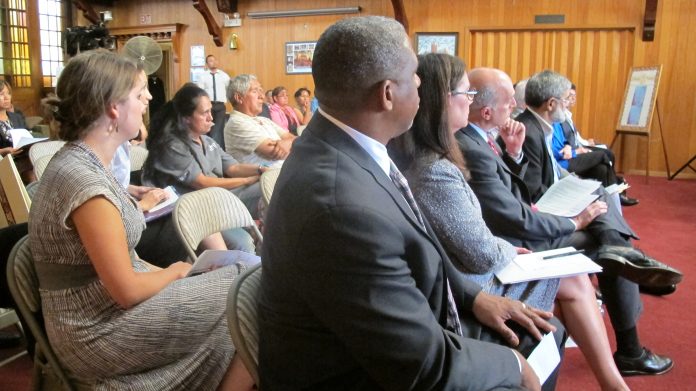 We are closer right now than we’ve been in decades to passing real comprehensive immigration reform which brings millions of aspiring Americans out of the shadows and unites families that have been separated for far too long.

We wouldn’t be where we are without support from all walks of life, including faith, labor and business leaders, and from a vast majority of Long Islanders, to the tune of 80%.

People from throughout Long Island and New York came together at the Congregational Church of Patchogue on Thursday in support of commonsense immigration reform and to call on Congress to act soon and pass fair, accountable reform.

Leaders of Jewish, Christian and Muslim communities came together to explain their interlocking commitment to passing immigration reform this year. Although these faith leaders differ with respect to many religious beliefs and practices, they were united by their belief in the God-given dignity of all human beings, their obligation to welcome and honor the strangers among us, and the Golden Rule that we must treat others as we ourselves wish to be treated.

They were joined by business and labor leaders, who talked about how their interests dovetailed on the issue of immigration reform – creating a healthy, vibrant economy that provides good jobs and protections for native-born and immigrant workers alike.

“In the Catholic Church, our Holy Father Pope Francis recently said, ‘We all pray for a heart which will embrace immigrants, God will judge us on how we have treated the most needy,’” said Father John Sureau, Associate Pastor of Our Lady of Perpetual Help Church. 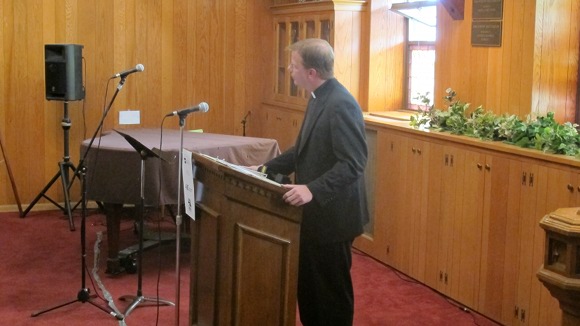 The most touching moment of the event came when Sofia Joya, member of 32BJ, spoke of her own immigration story and of her struggles since arriving to this country.

In 1986, Sofia left her three-year old daughter in her native El Salvador to come to the U.S. and work to provide a better life for her family. Arriving in 1986, Sofia had tremendous difficulty finding a steady job, as she was undocumented. Eventually, she was able to legally obtain a work permit and find steady work so that she could send money home to help her daughter. In 2001, she received permanent residency and was able to legally travel, meaning she could finally return to El Salvador to reunite with her daughter. 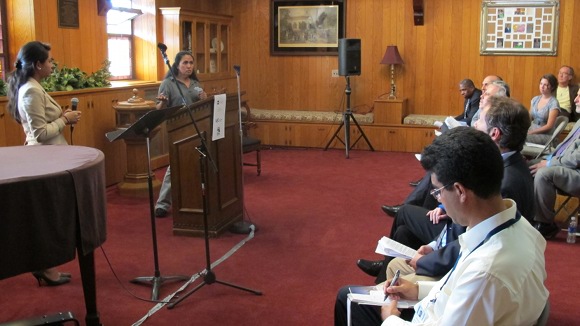 Speaking through a translator, Sofia said that it had been so long since she saw her daughter, that her daughter was taller than she was. With Sofia’s help, her daughter went to school and graduated with a college degree. Today, Sofia is a U.S. citizen and is able to vote and participate in all aspects of American society.

Sofia hopes that comprehensive immigration reform passes so that other undocumented immigrants in the same situation that she was in can have the opportunity to pursue the American Dream.

While immigration reform would clearly help bring families back together and allow 11 million aspiring Americans to contribute to their adopted home country, reform would also give a much needed boost to local businesses and economies.

“Patchogue has always been a welcoming community to everyone,” said David Kennedy, executive director of the Greater Patchogue Chamber of Commerce. “We need immigration reform now and we hope our partners in Washington act fast and act soon.” 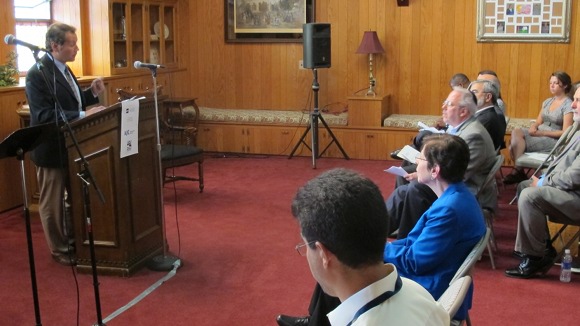 “AJC recognizes the urgent need to reform the U.S. immigration system so as to maximize its benefits to the nation, joining national and regional coalitions in support of a fair and humane immigration system,” said Michael Ettinger, President of the American Jewish Committee’s Long Island region.

August has been a month of action for immigration reform. Organizations all across the country and here on Long Island have rallied behind this important cause and thousands have gathered at local town halls to let their local Congressional representatives know that we need immigration reform now. 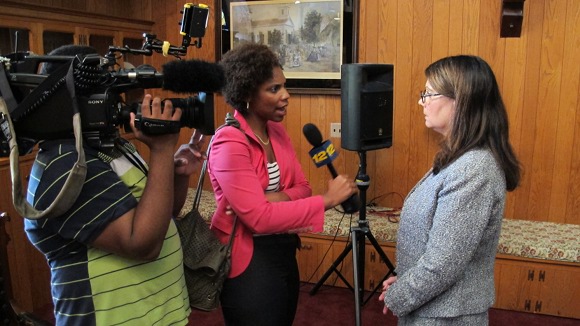 As September approaches and as Congress returns from a month-long recess, now is the time that we unite in support of comprehensive immigration reform that works for everyone.