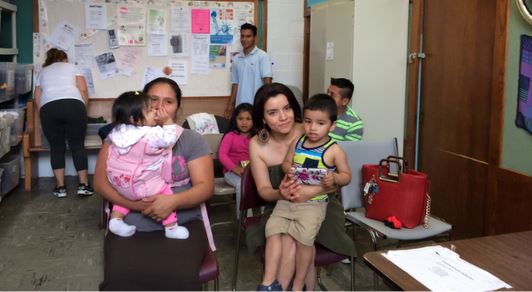 Long Island Wins is fortunate to partner and work with many of the wonderful organizations and faith institutions on Long Island. One such faith institution we recently collaborated with was the The Reconstructionist Synagogue of the North Shore (RSNS) in Plandome. Two congregants from RSNS’ adult b’nai mitzvah class, Debbie Kesselman and Carol Blumenthal, contacted us about doing a social action project as part of the bar/bat mitzvah process. We suggested a project that focused on the newly arriving immigrant children. In the words of Debbie Kesselman, here’s what they came up with:

As part of the bar/bat mitzvah process, the kids at our synagogue do a social action project, so this year’s adult b’nai mitzvah class at RSNS (The Reconstructionist Synagogue of the North Shore) decided that we would like to do something as well. We decided to focus on helping the immigrant community on Long Island. After meeting with Maryann Slutsky, the Executive Director of LIWINS, we decided to focus on immigrant children, especially those who have come recently to escape drug wars in Honduras, El Salvador and Guatemala. We reached out to Sister Margaret at the North Fork Spanish Apostolate and raised funds to send children to camp this summer.  We raised $3,000 which we gave to Sister Margaret on Monday, June 8, 2015. 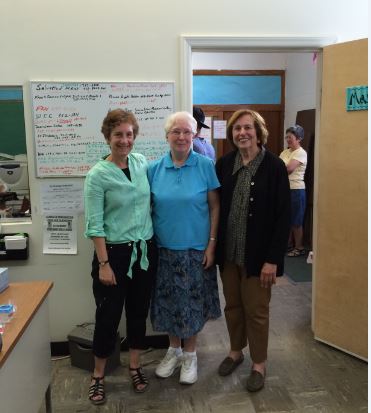 Sister Margaret told me that their gift of $3,000 would be able to send nine newly arrived immigrant children to the 4-H sleep away camp in Riverhead for one week. “The kids love it” said Sister Margaret, “they meet kids from all over, from other nationalities, so it broadens their horizons. Most of these kids spend the summer in the house, says Sister Margaret, because their parents work all day or they have to care for younger siblings. There’s not much opportunity for them to get out and enjoy the summer.”

Thanks to the welcoming and benevolent spirit of the 2015 adult b’nai mitzvah class at The Reconstructionist Synagogue of the North Shore, nine of Sister Margaret’s North Fork Spanish Apostolate immigrant children will enjoy a week of new adventures, new friends and new horizons.