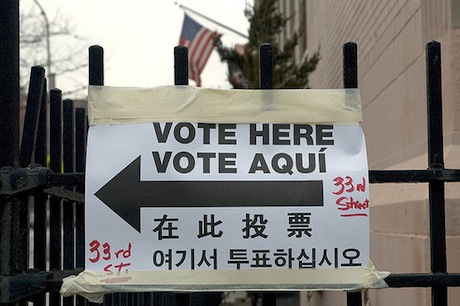 It’s no secret: New York State senate and assembly districts are crafted with an eye to preserving the seat of the incumbent, a practice so blatant that in 2006, no incumbent lost a race.

But as lawmakers prepare this year to redraw state district lines for the first time in a decade, New Yorkers are calling for a more democratic process that serves the interests of residents over those of politicians.

To help voters understand the redistricting process and voice their opinions, the good government group Common Cause partnered with Newsday to launch a tool that will allow users to create their own district maps.

Common Cause also offers its own take on districts that the organization believes would better represent communities across the state. The lines are drawn using geography and census data without consideration to current districts or incumbents.

According to a Quinnipiac University poll, 56 percent of New York residents want an independent commission to fashion state and congressional district lines, and Governor Andrew Cuomo has said that he will veto any unfairly partisan redistricting proposals. As of now, however, the maps will be created by a puppet group for the legislature, the Task Force on Demographic Research and Reapportionment (LATFOR).

In introducing its new do-it-yourself redistricting tool, Newsday blasts state politicians for gerrymandering districts to their own benefit:

The current system is undemocratic and unproductive. It creates an entrenched political class that cannot be challenged. It disenfranchises voters.

It can and should be improved, replaced, as much as possible, with a nonpartisan system of districting that doesn’t favor parties or incumbents. Instead, it should empower the people.

While the redistricting tool won’t actually change the manner in which voting lines are drawn, it may help raise awareness about the current system, which will face increasing scrutiny in the coming months.

Here’s a straightforward primer on how to use the map tool: