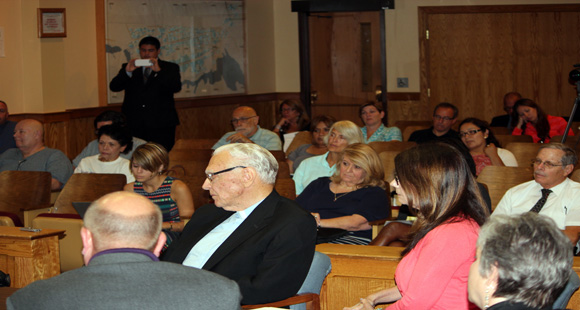 Despite recent efforts to educate Town of Riverhead Board members who want to change town policy regarding undocumented immigrants, at least one of the officials remains unmoved.

Their position stems from the notion that Riverhead is a so-called “Sanctuary City.”

Sanctuary City is a term used to refer to those jurisdictions where law enforcement departments follow the law and don’t hold undocumented immigrants without a warrant or solely at the request of the US Immigration Custom Enforcement (ICE).

The towns that act otherwise would only be violating federal law, since regardless of immigration status; everyone living in the US has constitutional and civil rights. Not having a legal status is a civil, not criminal, infraction and the police have nothing to do with it.

Unfortunately, this hasn’t stopped some from misusing the term arguing that sanctuary cities attract and harbor criminals, which is not the case.

Read: “Advocates meet with Riverhead Town Board in response to their call for anti-immigrant policy changes.”

The term has been further distorted, according to Sister Margaret Smyth, executive director of the North Fork Spanish Apostolate, at a moral level because she believes that communities should be inclusive and not create further division.

She said that traditionally sanctuary means “We welcome all.”

The immigration experts who participated at the presentation are frustrated by current political climate and hope Riverhead Town members will reconsider their positions on this important issue swiftly.