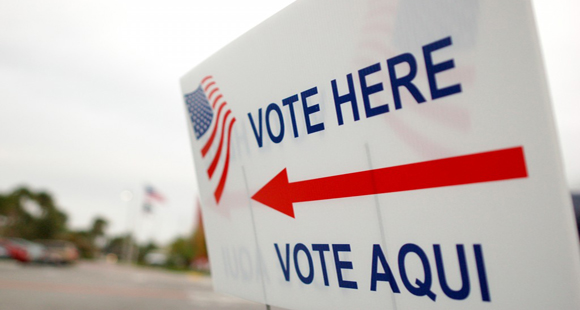 The Latino community will fight back in the polls. The number of Latinos who feel more enthusiastic to vote this November has increased as a result of the Supreme Court decision that will keep President Obama’s executive actions on immigration blocked.

Likewise, when it comes to the lawsuit blocking DAPA and DACA+ people expressed disappointment (27%), anger (25%), sadness (21%) and frustration (18%). 66% of Latinos disagree with the blocking while 28% agree with it.

These results show how the Latino community is angry with elected officials placing politics over the wellbeing of families, according to Ben Monterroso, Exceutive Director of Mi Familia Vota (My family vote). “We will fight back in the most effective way possible: through the power of our vote,” he said. 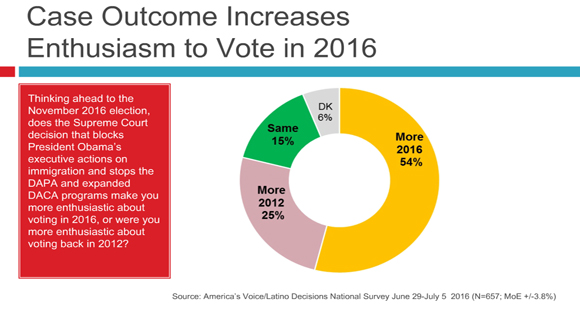 DAPA and DACA+ are the immigration programs announced by Obama in 2014 that would protect some undocumented immigrants from deportation by providing them with temporary work authorization and allowing them to apply for a driver’s license. The Supreme Court decision in June prevents the implementation of the programs and the case is now back in a Federal Court in Texas where it was first introduced. Both programs would benefit approximately five million undocumented immigrants.

But the increase in voter enthusiasm is also a result of concern and anger, according to Gaby Castillo, Coordinator of the Long Island Civic Engagement Table (LICET). The anti-immigrant rhetoric during this election cycle and the Supreme Court’s disappointing decision in U.S. v Texas, have created the motivation for Latino communities to exercise their vote and to let political parties know that they have the power to elect candidates that will hear their concerns, according to Castillo.

“It is not only the excitement but also the fear and anger what is going to drive our communities to vote this November,” Castillo said. “The Supreme Court decision was just another factor that served as motivation for our communities to really just organize and go out and talk about the power of voting.” 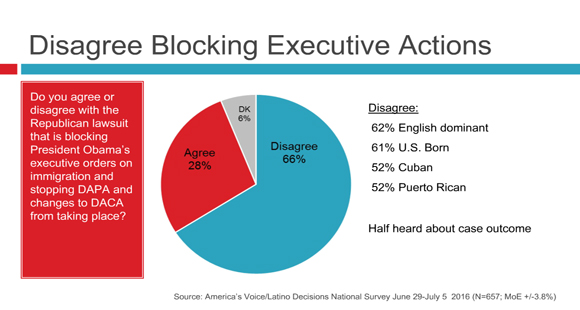 However, Castillo said many immigrants are feeling discouraged because they saw Obama’s immigration actions as their last hope. Although it’s important to remind people that the programs are not over, she said, people don’t believe that this is going to happen.

The poll surveyed 657 Latino voters using a mix of online and live telephone interviews between June 29 and July 5th and has a margin of error of +/-3.8 percentage points.