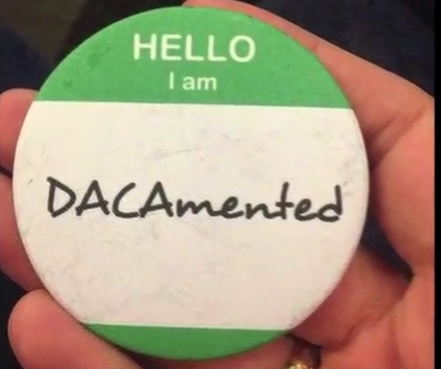 Since being introduced by President Obama a year ago, the Deferred Action for Childhood Arrivals (DACA) program has helped more than 400,000 young immigrants legally work in the country that they call home.

While DACA doesn’t provide permanent residency or put recipients on a path to citizenship, it’s been one of the most important immigration programs enacted in decades, giving those who were brought to the U.S. as children a chance to work and be a part of American society.

Long Island Wins has advocated for commonsense immigration policy for several years, and while we continue to push for comprehensive immigration reform and a path to citizenship for the nation’s undocumented, we are thrilled that young DREAMers now have the opportunity to contribute to their country.

One year after the enactment of Deferred Action, I wanted to take a look at how this program has affected Long Island, and what better way to do that than to speak to a DACA recipient.

“Since receiving DACA it has been a complete change,” said Laura Lemus, recent recipient of Deferred Action and Long Island Wins’ own administrative coordinator. “It’s been very exciting for me to have the opportunity to work.”

Like most DREAMers, Laura didn’t have many options for employment because of her undocumented status, despite graduating with a Bachelor’s Degree in History and Philosophy from SUNY Old Westbury in May. Before receiving approval for DACA last month, she had planned on working in restaurants full time in order to save up to attend law school.

Laura had been interning with Long Island Wins for more than a year while she was attending college. She was a very active member of the immigration advocacy movement, attending rallies and speaking on behalf of DREAMers here on Long Island. It was clear that this work was her passion.

Upon graduation, she still had not received approval for DACA. At the same time, Long Island Wins had an opening for an administrative coordinator. Although she wanted to continue her work in the immigration advocacy community, she was unable to because of her status.

But as soon as she received notice of her approval in July, everything changed and she could formally join our team.

“I can have my own apartment now, I can work and get a license and drive,” added Laura. “I can even apply for a credit card now and build up my credit. I’m getting to the point now where I’ll need a credit score.”

While DACA is a big step for undocumented youth, some are hesitant to apply for it because it does not provide legal status. It is more of a stopgap or a band-aid that provides a stay of deportation for two years, subject to renewal. In addition, some are worried that the personal information provided to the government can later be used against them.

“I would rather risk something bad happening than miss out on the good,” Laura said. “DACA has done so many good things to so many good people. So many kids can now breathe a little easier and sleep a little better and can grow as people thanks to this opportunity. There are so many young kids that have been waiting for this across the country.”

Laura was born in Tuxpan, a small village in Michoacán, Mexico. She was brought to the U.S. by her parents when she was just six months old – this is the only country she calls home. Her father first came to Sag Harbor in 1988 to work and save up to finish his studies. He eventually decided to stay and work for the long term. Laura’s family still calls Sag Harbor home to this day.

But Deferred Action isn’t enough. Comprehensive immigration reform is on the table right now being debated in Congress, and we have never been closer to passing such sweeping immigration legislation. We cannot have a permanent under-class, the 11 million hard-working undocumented immigrants deserve an opportunity for an earned path to citizenship.

“There’s nothing that hurts me more than the fact that my own parents haven’t seen their parents or their sisters and brothers in over 12 years,” said Laura. “I can’t imagine going 12 years without seeing my mom and dad, or my brother and sisters. Passing immigration reform would give my parents the opportunity to travel and to see their loved ones.”

“It would also give those who don’t qualify for DACA the chance to sleep peacefully and to apply for the job that they want,” Laura added. “There are so many people in my community that are doctors and nurses and have degrees in their home country, and they come here and they have to clean houses or do landscape work because they don’t have legal status.”

Laura’s story is just one of many. It’s estimated that nearly 1 million undocumented youth living in the U.S. are eligible for deferred action. These young people have parents and family members that are still living in the shadows. Passing comprehensive immigration reform with a path to citizenship for these aspiring Americans is the right thing to do.