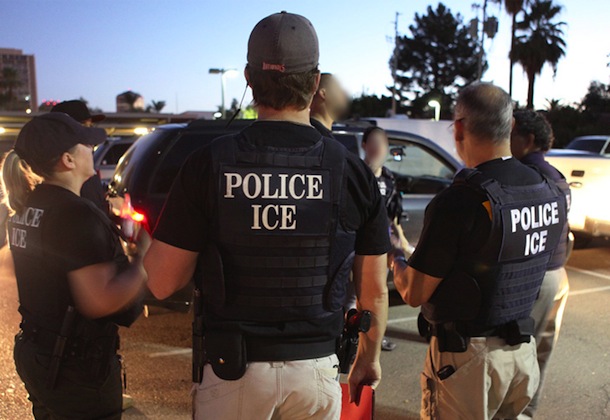 Immigration and Customs Enforcement (ICE) detained 23-year-old Daniel Ramirez Medina in Seattle, Washington on February 10. Ramirez is a two-time recipient of the Deferred Action for Childhood Arrivals (DACA), a program created by the Obama administration which allows undocumented youth who arrived with their parents to apply for a temporary work and driving permit as well as temporary protection from deportation for two years. Those who apply for the program are thoroughly screened and approved by the Department of Homeland Security for criminal activity each time they apply.

According to ICE spokesperson Rose Richeson, Ramirez was a “self-admitted gang member” and is a threat to public safety. No evidence of a gang affiliation has been made public, if such evidence exists. ICE agents initially came to arrest Ramirez’s father at his home, but also decided to arrest him as well. The fact that Ramirez has been granted status under DACA was ignored, and essentially, he has been detained for being in the wrong place at the wrong time. Ramirez and his lawyers filed a challenge in Seattle federal court on February 13, stating the government violated his constitutional rights by detaining him in spite of his DACA authorization. Congress must demand answers from the Department of Homeland Security as to why Ramirez was arrested and ICE should release Ramirez from detention immediately in accordance with his government-issued status.

At this time, no other DACA recipients have been arrested. Long Island Wins will continue to monitor this story for any developments.