Governor Cuomo, Assembly Speaker Shelly Silver, and Senate Majority Leader Dean Skelos left immigrant students out in the cold. On Friday, when they wrapped up the state budget, they left out the New York Dream Act. This bill would enable undocumented students who came to the state as minors and graduated from our high schools to obtain state financial aid to pay for public college tuition.

In the Assembly, the bill obtained substantial support, but not a majority of the votes needed. In the Republican-controlled Senate, no one from the GOP supported the bill, and Skelos only mentioned the proposal to discredit it. His comments were unfounded, since there is enough data showing that a New York Dream Act would be a good investment for the state.

Most perplexing is the fact that Cuomo has remained silent on the issue despite the Board of Regents’ recommendation that he approve a law of this kind. New York needs its own Dream Act, since Congress didn’t approve the federal version, which would have granted a temporary legal status to undocumented students who meet certain criteria.

It makes no sense to invest resources so students can graduate from high school, only to turn them into second-class residents who lack access to the same college opportunities as their peers. Yielding to the ridiculous notion that helping undocumented immigrants attend college won’t do them any good because they don’t have work permits doesn’t make any sense either. Who are we trying to fool? They will end up working here because it’s their only home. 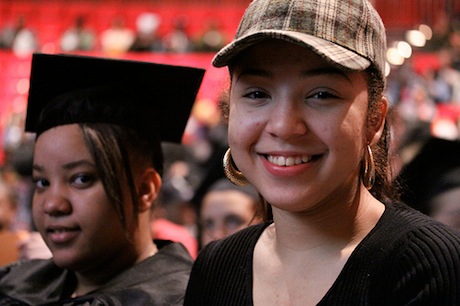 Our duty as a society, and that of our elected officials, is to cultivate their talent. We shouldn’t settled for discriminating against a whole group of young people that has grown up in New York and that is poised to be this city’s future taxpayer and consumer base.

The New York Dream Act can still be approved before the legislative session ends in June. The Dreamers will continue their struggle to convince New York’s leaders to approve this bill, following the example of other states.

Governor Cuomo has shown that where he has the will, he finds the way. Yet he has disappointed Latinos with his lackluster effort around redistricting and the Dream Act. He must flex some muscle for this cause, not only for the proposals that help him politically.