New York has long been an epicenter of immigration. People come here from around the world for a better life, to work hard and take care of their families.

Because of this, cities, towns and entire communities have seen dramatic shifts in the makeup of their populations in recent years. More and more these changes are occurring outside of New York City, and rather in suburban communities on Long Island.

The Village of Hempstead is experiencing this right now.

In recent years, immigrants from Central and South America have settled in Hempstead, transforming this working class village into one of the most diverse communities on Long Island.

“The village of Hempstead has been going through a transition over the last several years,” George Siberón, Executive Director of the Hempstead Hispanic Civic Association told Long Island Wins. “Hempstead has gone from an African-American centric village to one that has a 44% Hispanic population, as of the 2010 census.” 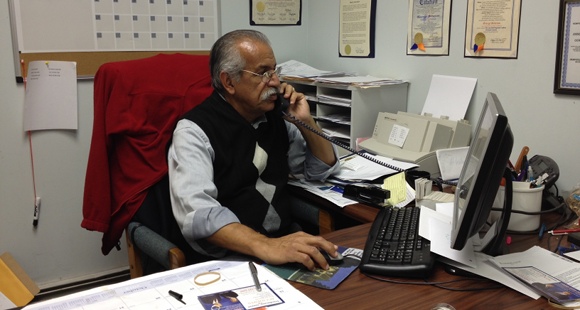 George Siberón at the offices of the Hempstead Hispanic Civic Association.

But it doesn’t stop there. The school system of Hempstead further illustrates just how much the community is changing.

“If you were to take a look at the school system in Hempstead, the student population right now is closer to 70% Hispanic,” added Siberón. “And yet, the school board is made up of five trustees, not a single one of them Hispanic. And therein lies the problem.”

While the shift in diversity has brought about increased economic activity to Hempstead, it has also brought with it controversy. Long Island is one of the most segregated suburban areas in the country, and as such, racial division is nothing new for its residents, sometimes culminating in violence.

What Hempstead is going through right now is something that many Long Island communities have also experienced in recent years – it’s having difficulty dealing with a rapidly changing population.

“This school district has not adapted well to the number of Hispanics that are coming into the community,” said Siberón. “I feel like we’re one racial incident away from having a riot. That needs to change.”

“There’s a huge racial division between the Latino and Black community,” said Tammi Mitchell, member of New York Communities for Change and Hempstead resident. “I ran for a trustee seat on the school board a few years back. Someone who wanted to support me asked me if I thought there was a racial divide between the Latino and Black community. At first I said ‘no,’ but once I went into the community and saw the tension firsthand, my eyes were open to the truth.”

New York Communities for Change has been moving to help ease the racial divisions by holding regular community meetings.

“What people need to do is get together and have meetings, because right now they don’t know each other,” said Mitchell. “Ignorance breeds contempt, bitterness and hatred. But when people get to know each other they’ll see they have things in common. That’s what we have to do.”

Nothing is more indicative of this divide than the current controversy with the school board. 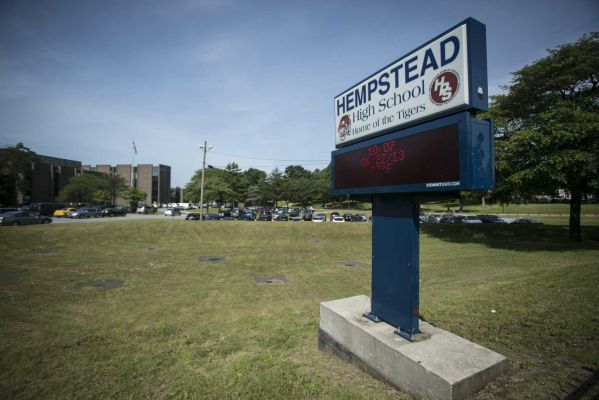 Local community groups have called on the school board to hold an election to fill a seat left vacant by the resignation of Waylyn Hobbs, who is also Deputy Mayor of Hempstead. He resigned from his post on the school board in July, two years before his term was up.

Village residents say that this is the perfect opportunity to have an Hispanic member on the board and better reflect the diversity of a school district with a 70% Hispanic student population. The four active members of the board are all African-American.

In a community that has such a large Hispanic population, there’s a significant lack of representation of that diversity in the school system, according to Siberón. There are no Hispanic principals and very few high-level Hispanic administrators throughout the system.

“Our kids need role models,” said Siberón. “They need to walk into a classroom and be taught by someone that looks like them and represents them. We need Hispanic counselors. We need to see diversity.”

“This is what they’ve been doing for many years, the board fills seats by appointment,” said Mitchell. “The problem is the public has not ever challenged them in the past. Now the public is more informed and they know what’s going on. The school board works for the people and we demand an election.”

This isn’t the first time that controversy has plagued the Hempstead school system. At one point, the system had an Hispanic woman as superintendent, Panamanian-born Patricia Garcia. However, after a three-year run, she was allegedly forced out.

“She was pushed and pushed, and under very racial overtones, she was forced to resign,” said Siberón. “She had appointed several high-placed Hispanic administrators, and they were all fired.”

The deadline for candidates to submit applications passed in late September, though it’s not clear when a decision will be made or what the next step will be.

“We feel that having a Hispanic on the school board is the right thing to do,” said Siberón.

New York Communities for Change will do its part to right this wrong by presenting a petition from the community to the school board on Oct. 11, which they hope will help to start a larger movement to change the way the board operates.

“We have their attention,” said Mitchell. “They know we disagree with having an appointment. This petition will lead to something bigger. This is a snowball and will grow and will lead to a real change.”

A request for comment to the Hempstead School Board was not returned.