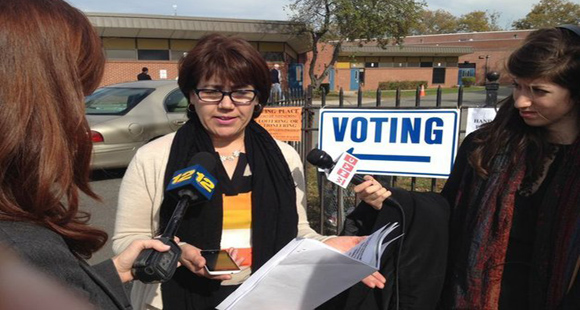 This is our Executive Director, Maryann Sinclair Slutsky’s latest monthly column in the Anton newspapers. You can see the original story HERE.
As a woman with strong family values, Maribel Touré has always believed that pursuing her dreams was an example for her children. But she never imagined that her determination and passion was going to make her a true leader in her community.

Touré, 54, made news in 2014 when she was elected to the Hempstead Public Schools Board of Education for a one-year term in a very hard-fought campaign. She was reelected in a second election in 2015 where she now holds the position of Vice President. For Touré, becoming part of the Hempstead School Board of Education was a real challenge that she could only accomplish with community support. Her four children were her main motivation in doing so; she was worried about their future and the future of the children in her community.

Touré is currently employed as a Mammography Technician at NYU Langone Medical Center, in charge of vascular and interventional radiology. But her journey to success took a lot of hard work and sacrifice. Adapting to a new country, learning the language, facing discrimination, working odd jobs to make ends meet and long hours studying to get a job in her profession had many challenges. 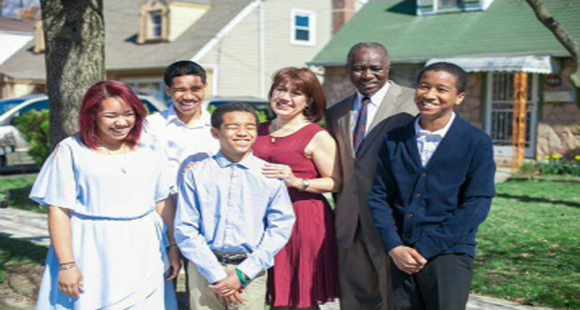 MARIBEL TOURÉ WITH HER FAMILY.

Touré is an immigrant from the city of Cananea, in northern Mexico. She never really thought about coming to the United States until she met her husband, an immigrant from Guinea, Africa, who was in Mexico on a scholarship and working there as an architect.

She met her husband in Mexico City during the 1980s and married there in 1989. The same year, her husband decided to come to New York and Maribel followed him a year later. They made their new home in Queens. Life in New York City at that time especially for a bi-racial immigrant couple was not easy. But little by little opportunities emerged and they were more than ready to face the challenges.

Meanwhile, Touré focused on working, learning English and later on her career. She took jobs as a library page, a secretary, a cashier and an EMT until she was ready to complete the process of revalidating her degrees in biochemistry and radiology. She was then prepared to take the necessary exams to obtain U.S. certification in her field.

Now, with two children in tow, Touré and her husband decided it was time to move to a bigger place. They started to look for apartments in Queens, but along the way they faced discrimination. 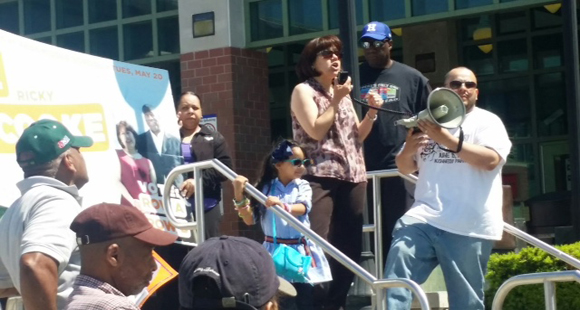 “As a bi-racial couple you found a lot of resistance in good neighborhoods because you already know how it’s racist and segregated. We finally said OK we are not going to be able to get anything, we just need to get a house,” Touré said.

When their family grew to four kids, including a set of twins, they bought a home in Hempstead and registered their children in the Hempstead School District.

Touré said she has always been involved in the children’s school as an active mother, going on field trips with her kids and participating in activities and events. “I wanted them just to know that I cared about my kids and that they can count on me,” she said.

She became the secretary of the PTA in the elementary school. This experience allowed her to see some of the irregularities in the system. “The problems didn’t start in the schools, it starts with the administration so I start attending the board meetings,” Touré explained. She also realized that the school board was ignoring parents who didn’t speak English, and complained about it every chance she had.

Touré also became involved in New York Communities for Change (NYCC), an organization located in Hempstead that empowers low-income communities to impact the political and economic policies that directly affect them.

Touré began to organize around the issue of education in Hempstead. She and members of NYCC exposed the Hempstead school board’s improprieties and realized the district’s problems were the result of a dysfunctional board of education. That’s when she decided to run for the school board with support from NYCC. 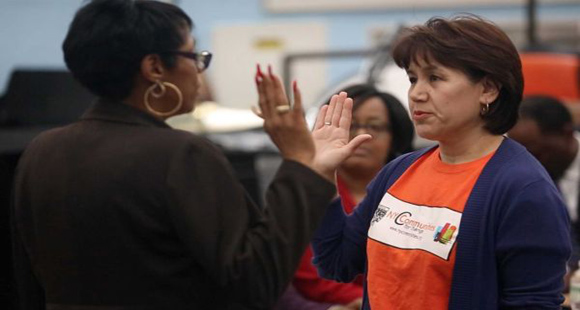 The changes that Touré hopes the school board will be able to institute are to increase transparency, scrutinize the budget to eliminate waste, reform corrupt practices and to launch a search for a new superintendent.

Touré is very proud of what she has accomplished with her family and in the community. That’s why she believes that integration between immigrants and long-term residents is important to bring about positive change.

When I asked Touré what the word immigrant means to her, she replied very simply: “A person moving from one place to the other. We still have the same heart; we’re just as smart as anybody else and we care like everybody else.”

For Touré, life is too short to spend time fighting with each other. “It’s much easier to live in harmony,” she said.
*This story was originally published in the Long Island Weekly. You can see it HERE.