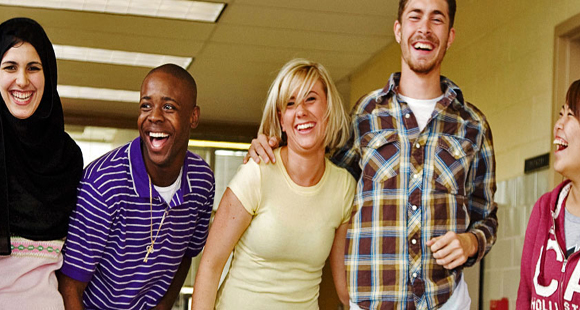 The racial strife of recent weeks in the U.S. has reverberated on Long Island and the rest of the New York Metropolitan Area. “I’m really pleased with the turnout. It’s more than I expected it to be and it’s truly a multiracial crowd,” said organizer Vanessa Vascez-Corleone at a demonstration in Riverhead.

“People of all ages, races and ethnicity turned out: children, teens, parents with babies in strollers, senior citizen—blacks, whites, Hispanics and Asians,” reported the news websites RiverheadLOCAL and SoutholdLOCAL.

“That’s beautiful,” said Ms. Vascez-Corleone. “This is all about standing together as one, standing up to say this killing has got to stop. We have to stop the racism in the justice system. We need to stand up in Riverhead and in every community across the country.”

Hillary Clinton put it well, on the same day of the Riverhead protest, in an interview on NBC News, in which she said: “Everyone understands that we have some very deep divides, and if we don’t start addressing them—and that’s a matter of urgency—I believe we’ll find ourselves in an even worse downward spiral. I believe we need a national conversation, and we start showing respect toward one another, seeing each other, walking in each other’s shoes.”

“Seeing each other, walking in each other’s shoes”—I’ve found that to be key, teaching for nearly 40 years as a professor at the State University of New York College at Old Westbury.

SUNY Old Westbury draws most of its students from Long Island and New York City. It was established as an innovative, indeed experimental SUNY campus on a tranquil former 604-acre estate. A critical event occurred with the arrival of John Maguire as the college’s president in 1970.

He had an unusual history. I interviewed him on video as part of a recent oral history done about the college. Dr. Maguire told of coming from a family in Alabama representative of the segregationist South. His grandfather was lieutenant governor of Alabama. “You could not imagine a more conservative, racist man,” he said.

As a sophomore at Washington and Lee University in Virginia, he saw a sign posted about a conference in Pennsylvania for prospective ministers. It was a chance to go to the North, where he had never been.

When he got to the Crozer Theological Seminary he was advised that he would room with a Crozer student “from Atlanta, Georgia…You’ll like him…He’s already been named the president of the student body.” The other young man was Martin Luther King. And that began “a long friendship and it was a glorious friendship,” a “transformative element no doubt…in my life….We became wonderful, fast friends.” For life.

Dr. Maguire became deeply involved in the civil rights movement, was a Freedom Rider, received a Ph.D. at Yale, became a professor and a provost at Wesleyan University in Connecticut and then came to head SUNY Old Westbury.

He and the faculty developed a plan to thoroughly mix people—based originally on the figures 30-30-30-10. There would be 30 percent white, 30 percent African-American, 30 percent Latino and 10 percent Asian-American, Native American and foreign students. The vision was, explained Dr. Maguire, “no one would feel left out, but it wasn’t so big that one group ruled the other.” The students “came together” and began “to say, ‘he’s not so bad, she’s not so bad,’ and sure enough friendships developed, and it was…remarkable.”

It still is. Although the 30-30-30-10 figures aren’t used any longer, Old Westbury—its student body, faculty and administration—is extraordinarily diverse. That’s a central part of the educational experience at the college. 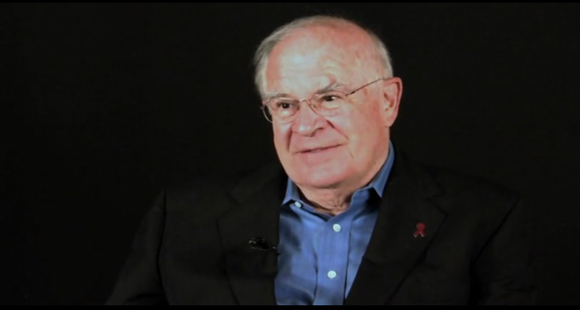 U.S. News & World Report last year named it the Number 4 college in ethnic diversity among liberal arts colleges in the U.S. It is “one of the top colleges where students are most likely to encounter undergraduates from different racial or ethnic groups.”

Dr. Calvin O. Butts, III, the college’s president since 1999, commenting on this said: “Old Westbury is rightfully celebrated as a college community that brings people of all races, creeds, and socio-economic backgrounds together. Being designated among the top diverse campuses in the country….reinforces that Old Westbury is at the forefront of cultivating intercultural understanding and global citizenship in its students.”

In a few weeks the new semester will begin and again I’ll marvel watching the students coming together and developing understandings and friendships. Many will have before not gotten to know those of other races in a region and nation not well integrated. Studies have found Long Island to be among the “most segregated” areas in the country. Following manipulated housing patterns, many of our high schools are virtually all white and then there are several virtually all black.

As Cardinal Timothy Dolan said as he spoke at St. Patrick’s Cathedral of the events of the last few weeks: “We are all one family.”  Vital are experiences being with others who are different to educate people to that reality. That truly works.

* Karl Grossman is an award-winning investigative reporter, and has been doing investigative reporting in a variety of media for more than 45 years. He is also a full professor of journalism at the State University of New York/College at Old Westbury. He has done documentaries for the Long Island-based WVVH-TV and is the author of six books. His columns appear in The Southampton Press, The East Hampton Press, The Shelter Island Reporter, The Sag Harbor Express, Community Journal and the South Shore Press.