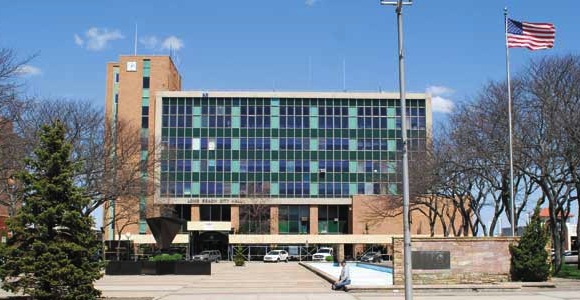 The City of Long Beach has adopted a language access policy that promises the city will make reasonable efforts to provide essential access to individuals with limited English proficiency (LEP).

The implementation of the plan was formally announced at a regular meeting of the Long Beach City Council on Tuesday.

“We’re very proud that this language access is finally come to this municipality,” said Long Beach City Council President Len Torres. “We think it’s a look and vision into the future, because we welcome people of all backgrounds to our beautiful city.”

As part of this implementation, Long Beach has entered into a contract with Language Line, a phone service that provides interpreters for a wide variety of languages. The city’s official website can also be instantly translated into any language. In addition, residents of Long Beach can download and use the Long Beach Response App to report an issue in any language. SWIFT911, the city’s emergency notification system now allows users to sign up and receive emergency alerts in Spanish.

Although the law already requires city agencies and organizations to provide adequate language translations, it has not been properly implemented. This policy is the first step that the city has taken to put the law into action. For LEP residents of Long Beach, their families, and a number of organizations, this is a great victory.

“I think it’s big,” said Maria Arroyave, a board member of the Long Beach Latino Civic Association. “Especially for the families who are still trying to rebuild after the storm. They’ll be able to walk right into City Hall and access all of the departments that they need to access.”

Hurricane Sandy devastated the City of Long Beach in late October 2012. Many LEP residents were left crippled, unable to seek help or get information, due to the language barrier.

According to Helen Dorado Alessi, the executive director of the Long Beach Latino Civic Association, this policy was formed “through outrage” shortly after the events of Hurricane Sandy. “All these health and safety issues were being addressed through Long Beach City Hall, but everything was coming out in English,” said Alessi. “And it just infuriated me.”

In 2013, Nassau County Executive Ed Mangano signed two executive orders that would guarantee language access services at county agencies to the county’s estimated 130,000 LEP residents. The orders state that each county agency must develop and implement a plan by July 2014. To date only two county agencies—the police department and the Department of Social Services—have released a plan. And tests by immigrants and advocates have determined that even those departments have not fully implemented the plans, resulting in shockingly hostile responses to testers.

It was unclear how full implementation of Nassau County agencies’ plans would affect the city’s plan.

Alessi also gave credit to the Long Island Language Advocates Coalition (LILAC) for helping the plan come into being. “We really need to give thumbs up to LILAC, because they really helped us,” she said. “They held a conference, we brought part of our City Council and some of the city executives with us to that conference and they better understood the subject matter.”

While the Long Beach Latino Civic Association is pleased with the city’s policy, they hope that Nassau County follows. Alessi said she also wants to see the City of Long Beach start releasing information about the policy to the public.

“Right now it feels like the big issue will be marketing and promoting this, so that people are aware of it, and how are they going to do that?” she said. “We can help them, but that’s not our responsibility.”