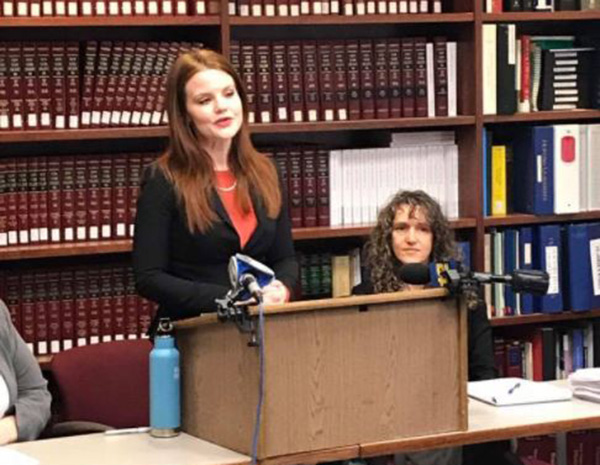 This morning, the Central American Refugee Center (CARECEN) and its legal counsel, the Hofstra Law Clinic, filed suit in the New York State Supreme Court in Mineola against Nassau County for allowing police to arrest immigrants based on non-judicial ICE detainers.

I have worked with CARECEN for more than three decades to help build trust in the Nassau County Police Department (NCPD), and the recent actions by acting-police commissioner Patrick Ryder–following the election of Donald Trump–have eroded that hard-earned trust. This is why CARECEN is bringing this lawsuit.

In New York, the police can only arrest an individual without a judicial warrant when there is reasonable cause to believe that the individual is committing or did commit a crime. But, NCPD policy authorizes officers to take any foreign-born individual into custody or hold a foreign-born individual based on an ICE warrant or detainer, even though such warrants and detainers can be issued for immigrants even without the suspicion of committing of a crime. Police action against immigrants who have not been accused of committing a crime, based solely on suspected immigration violations, carries the danger of turning Nassau police officers into auxiliaries of ICE.

“Too many Nassau County residents are being swept into ICE custody as a result of NCPD’s policy of unlawful arrest, creating an environment of fear. This litigation seeks to ensure that NCPD is acting in accordance with state law and to protect our immigrant communities,” said Emily Torstveit Ngara, Director of the Hofstra Deportation Defense Clinic.

Immigrant groups around Nassau report hearing an increasing number of immigrants express fear of the police because of the new focus on immigration enforcement.

“Legal challenges like the one we bring today are fundamental to ensuring the safety of all Nassau County residents,” said Elise Damas, attorney with CARECEN. “Policies like Nassau County’s jeopardize the safety of our communities because immigrants fear contact with law enforcement, and consequently do not report crimes, if they believe police are acting as an arm of ICE.”

According to the court filings, the current NCPD policy violates New York State Criminal Procedure Law Section 140.10(1), which only allows police to make an arrest when there is reasonable cause to believe that a felony or misdemeanor has been, or is being, committed.

The lawsuit asks the court to declare that the NCPD policy violates the state’s Criminal Procedure Law and that holding foreign-born individuals in custody based on ICE warrants or detainers is unlawful.