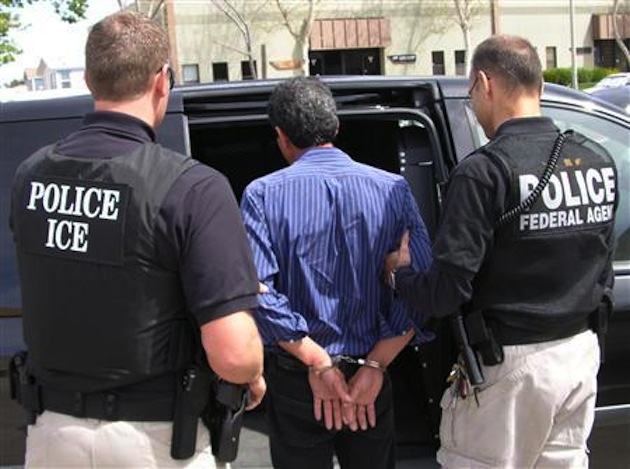 Congresswoman Nydia Velazquez introduced a new bill that would block Immigration and Customs Enforcement (ICE) officers from wearing clothing or protective gear with the word “police” on it. H.R. 2073 aims to amend section 287 of the Immigration and Nationality Act so that ICE agents cannot identify themselves as police by placing the term on any items they use.

“Not only are ICE raids an unconscionable attack on our most vulnerable communities, any attempt by immigration officers to deceivingly pose as local police ought to be prohibited,” Congresswoman Velazquez said in a statement. “After holding various ‘Know Your Rights’ workshops in my district, I’ve heard firsthand from families who fear reporting crime or engaging with the police due to the potential of getting caught up with immigration agents. This only makes our communities less safe.”

Sarah Rodriguez, an ICE spokeswoman, argued that “It’s clear that we are a law enforcement agency…We have police authority.” She added, “It is the universally recognized term for law enforcement, and our personnel routinely interact with individuals from around the world.”

Removing “police” from ICE uniforms and gear helps disassociate ICE agents from local law enforcement. This distinction is becoming increasingly important, as undocumented immigrants conflate the two and are then scared to call for help when they become the victims or witnesses of crime. When ICE agents wear “police” on their uniforms, the relationship between the immigrant community and local law enforcement agencies is damaged and the fear of authority increases.