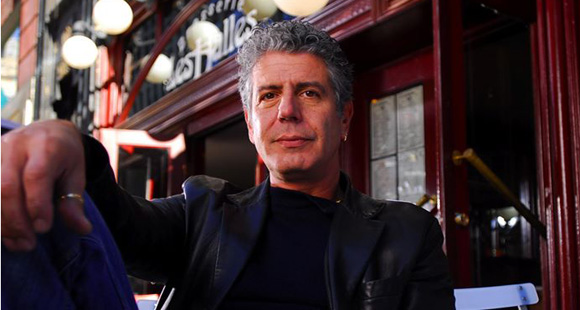 Celebrity chef and CNN’s host, Anthony Bourdain said that undocumented immigrants that try to do their best to reach the American dream deserve a chance to become a U.S citizen.

He said this during an interview at SiriusXM satellite radio in which host, Pete Dominick, asked him about his take on some not so popular ideas about undocumented immigrants.

“For the people who have been living here and are so much part of our life and who have done nothing but try to do their best to achieve the American dream . . . there should be an easy path to legality . . .”

Bourdain said those immigrants are so crucial to the restaurant industry that “if we were to deport 11 million people . . . every restaurant in America will shut down.”

“I grew up in the restaurant business, 30 years . . . the person always, who have been there the longest, who took the time to show me how it was done, was always Mexican or Central American . . . ”

“Twenty of those years in the business I was a employer, I was a manager employer . . . Never, in any of those years, not once, did any one walk into my restaurant, any American born kid walk into my restaurant, and say I would like a job as a night potter, as a dishwasher, even a prep cook . . . just not willing to start at the bottom like that…”

Listen to the interview: